In the financial year 2016-2017, the cab aggregator Ola showed losses of around Rs 4,897 crore. In the last year, it saw losses of over Rs 2,313 crore. But now, the company is finally gearing up in terms of growth and profitability.

It has been reported that the cab company has started earning on every cab ride that it offers. This amount is calculated after taking into account other expenses including driver incentives and customer discounts. And this is how the company is overlooking considerable targets for profitability.

“We will continue to focus on profitable and sustainable growth, and building a growing profitable business, the first in Indian internet,” said Ola CEO Bhavish Aggarwal. 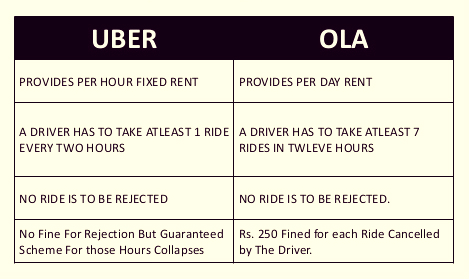 With this, Ola will be earning profits on every ride that Ola completes. According to the company’s reports with the ministry of corporate affairs, although Ola reduced variable costs such as advertising and promotion expenses by 53% to Rs 285 crore in fiscal 2017, against Rs 438 crore in the previous fiscal, its fixed costs such as salary expenses increased to Rs 572 crore from Rs 461 crore. Overall, the company’s operating loss increased 32% to Rs 3,731 crore in fiscal 2017, even though operating revenue increased highly to Rs 1,178 crore.

“Last week, our India business crossed a major milestone. We are now ENTR positive,” Bhavish said. “This milestone has come after a consistent and persistent effort that all of you contributed in, and we’ve been able to achieve it keeping market share and growth steady,” he added.

The difference between Ola and Uber is that Ola understands how Indian consumers behave differently from global consumers and innovated for India market. This is a milestone, and the company is making various efforts to reach that point.