Baba Ramdev close aide Acharya Balkrishna becoming one of the wealthiest persons of India has created a buzz. Business world, market analyst and financial experts have reacted cautiously but there are a few who spoke their mind.

People are amazed to know that a saint, an Acharya has amassed 25,600 crore of wealth according to Hurun India Rich List 2016. Where does this come from and how did he do so? These were the questions asked by common man in the metro, in Bazar. We spoke to many expert and senior journalist about it.

Some experts, with the condition of anonymity told Pixr8 about the alleged role of black money in the rise of Balkrishna’s wealth in particular, and Ramdev’s Patanjali Ayurved Limited in general.

A financial expert and a journalist with a prestigious business channel told us, “Though Modi government has worked hard to deliver on black money but there are still some parking slots which are beyond questioning. Baba Ramdev’s image can be such parking slot.”

The expert said, “It’s matter of investigation. Agencies should do it. Acharya Balkrishna was questioned in the case of forgery and money laundering in the time of UPA-2 and now he has become one of the wealthiest person of India, within 3 years. It is not normal.”

Balkrishna was charged with cheating and criminal conspiracy for procuring fake degrees to acquire an Indian passport in the past. His ‘Purv Madhyma’ high school degree and ‘Shastri’ (a Sanskrit degree from Sampurna Nand Sanskrit University) do not exist on the university records.

It was not the end. Balkrishna disappeared in 2012 after CBI summoned him in a forgery case. Enforcement Directorate (ED) registered a case against him under the Prevention of Money Laundering Act for alleged illegal remittances in the time of UPA government. The cases were closed after the NDA government came to power in 2014. 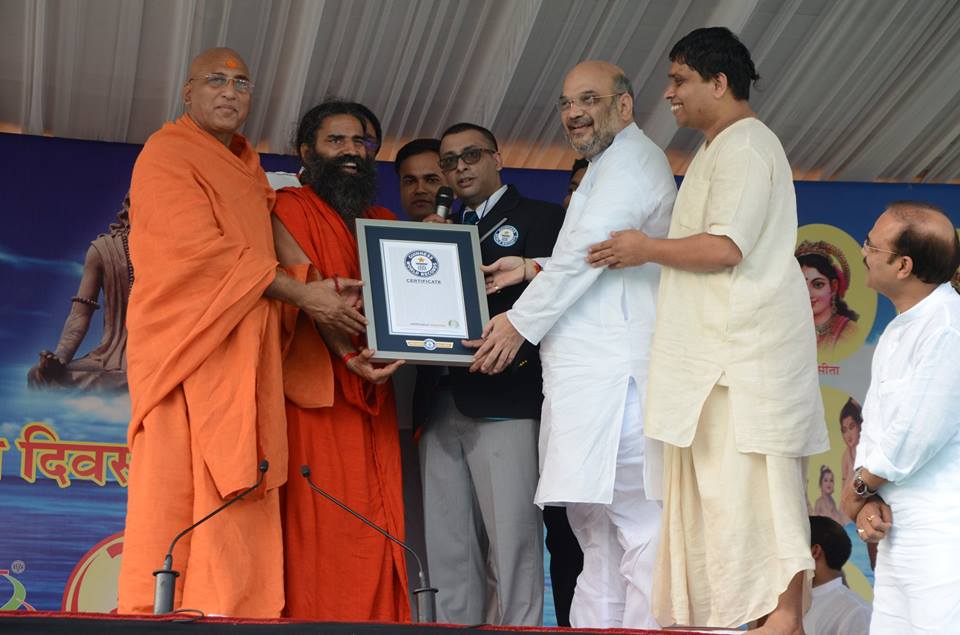 We spoke to Baba Ramdev’s spokeperson SK Tijrawal over phone. He told Pixr8 that Acharya Balkrishna becoming one of the wealthiest persons of India is a matter of technicality related to business otherwise Balkrishna is a pure saint. He does not need anything on his name.

“Though he has share more than 94 percent in the company (Patanjali Ayurved limited) He does not consider it as his personal wealth. All the profit, whatever we gain goes to public service. After Hurun there will be Forbes and other will be making their list and they will come unto same conclusion but it is not our concern. We are aiming to increase our FMCG share up 1 Lakh crore.” Tijrawal said.