Billdesk, one of India’s earliest online payment gateway solution providers, has reported a revenue of INR 520 Crores in FY15-16 with a PAT of INR 76 Crores.

According to the webaite Tofler, Billdesk is one of the popular payment gateways used by online merchants and you must have spotted the name while making a payment online. INDIAIDEAS COM LIMITED, which owns and operates Billdesk, reported its 2015-2016 financial result, and its annual revenue at INR 520.2 Crores, is the highest in the company’s history.

Billdesk was estimated to have 70% of the online billing market in India back in 2015. It competes with other billing aggregators like Citrus Payment Solutions, CCAvenue etc.  However, with the advent of Payment Banks, BBPOU and UPI amidst the demonetization frenzy, which is yet to settle, Billdesk will be a company to be closely watched. It will be interesting to see how it adapts to the rapidly emerging landscape of payments in India.

About 10% of the company’s revenue was contributed by the sale of products which primarily are subscription vouchers and top up products for a DTH service provider. Sale of services contributed about 85% of its revenue and primarily includes ‘Electronic Transaction Processing Services’ and ‘Automated Teller Machine Service Contract’. 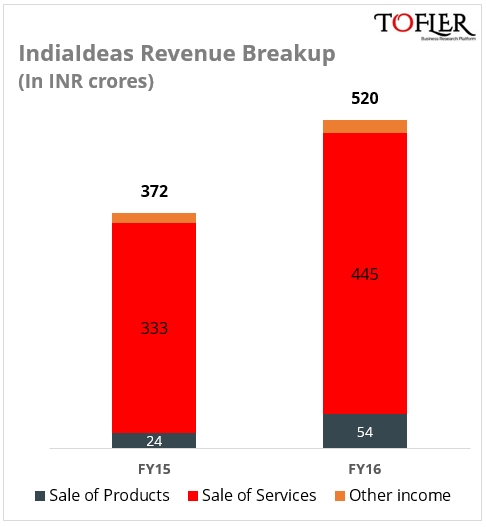 The Directors’ Report states that roughly 95% of the company’s turnover is attributed to its main product/service, ie. “Information technology and related services for Electronic Payments management”. However, the breakup of YoY expenditure puts about 70% of total expenditure as uncategorized ‘miscellaneous’ expenditure, leaving a lot of questions unanswered. 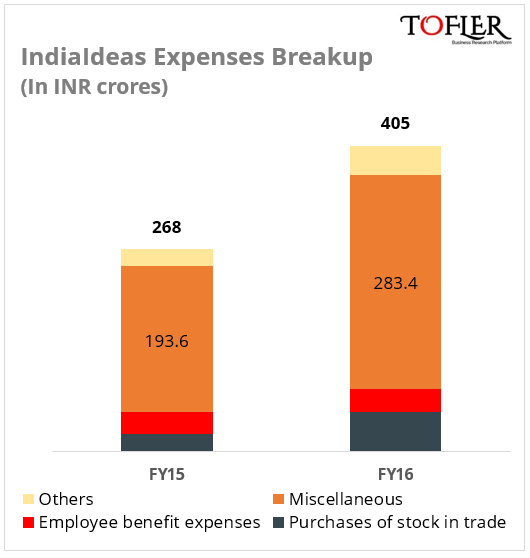 The company had been in news over its fourth round of funding in 2015.  At a valuation of $1 Billion, it had raised about $200 million in investment from General Atlantic, a global PE firm. This was reflected in their latest annual filing where the share of individual promoters dropped from 46% in 2015 to less than 35% in 2016.

(NOTE: The article was first published by tofler website)