The timing of his departure seems very inappropriate since he was leading the firm’s flying car initiative, called Elevate, that would look like giant drones taking off vertically. In fact, last week, Uber hosted its second consecutive flying car annual summit, where the project got a very good reception from CEO Dara Khosrowshahi who stated that he would be willing to lose money to see this project take off. 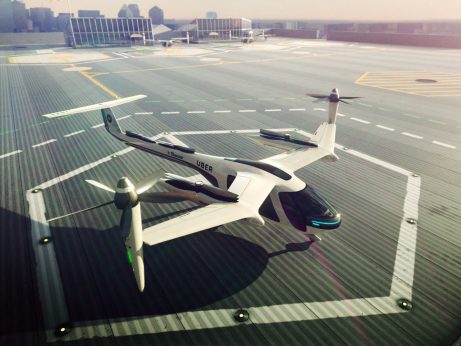 “We’ll take short-term losses in order to bring long-term business,” CEO Dara Khosrowshahi was quoted saying. “If over the short term we need to have a pilot in the vehicle in order for the vehicle to be safer and in order to create comfort as far as the passengers in the vehicles goes … we will do that.”

However, while Jeff Holden was responsible of the Elevate project, Uber hired someone to officially take the reign of the project under Holden. In March, Uber hired CEO of flying car company Zee Aero, Eric Allison, to lead the initiative.

“Under the leadership of Eric Allison, the Elevate team is set up for success, and will continue to chart the course for this growing industry,” an Uber spokesperson was quoted saying.

Additionally, while Holden’s title held prestige, the latter did not participate in the company’s day-to-day operations in the previous years. His responsibilities were mainly undertaken my VP of product Daniel Graf. The latter left the company in March this year after 3 years with Uber and his former deputy, Manik Gupta is now fulfilling the post as interim head.

Holden, held a very good relationship with ex-Uber CEO Travis Kalanick and came up with several futuristic projects with Uber. For example, he also led an initiative to develop the company’s self-driving car effort before the flying car project, and was considered by many in Uber’s headquarters as a “visionary” despite struggling with man management.

Holden is also infamous for coming up with some of the cab-hailing giant’s most controversial corporate values — backed by Kalanick but then overhauled by Khosrowshahi – like “always be hustlin’,” “toe-stepping”, and “principled confrontation.” He was also one of the few executives left from Kalanick’s inner circle.