While yesterday we reported Flipkart foraying into grocery market to rival BigBasket and Grofers, another news today has surfaced that E-commerce giant Amazon is aggressively ramping up selection for grocery on its platform and focussing on speedier delivery to capture its hold in the grocery venture.

The grocery wing of the online e-tailer has been rebranded Prime Now, with the company offering a two-hour express delivery option to members of its Prime subscription service.

Amazon’s announcement has come in the wake of Flipkart also strengthening its plans to enter grocery segment.

The Amazon Now Service will be called as “Prime Now” and will have investments in the chill chain for products like fresh fruits, vegetables and dairy. The service limited as an app-only-service as of now will be available in cities like Bengaluru, Mumbai, New Delhi and Hyderabad.

In its official statement, Amazon.in said,

Prime Now has an expanded selection of over 10,000 products… This includes selection across categories like fruits and vegetables, grocery, staples, meats, and home and kitchen. 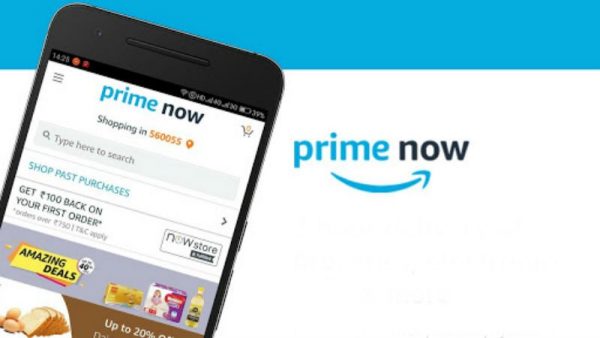 After so much disturbance in the e-commerce space, if there is another sector to look forward to spark of growth is perhaps the “grocery landscape”. Nowadays, people have become too comfortable to even buying milk and bread online, hence one can predict strong growth which is expected to be Rs 2.7 billion markets by 2018-19, as cited by Franchise India Report.