Strategy Analytics’ research indicates that the digital voice assistant device category is one that will grow quickly, with annual shipments totaling 15.1M units by 2020, up from 1.8M units in 2016.

At retail, Google Home is expected to sell for $129, which is $50 less than the Amazon Echo. However, Amazon is also offering a pared down version of Echo, the Echo Dot, in packs of six for $250. The low price point is meant to drive adoption by making it affordable for users to put an Alexa device in every room of the house.

At such low prices, it’s unlikely that either company will turn a profit on hardware sales, but that’s beside the point for both Google and Amazon. For Amazon, Alexa provides customers with an easy-to-use interface to order the digital and physical products the company offers today as well as those, like flights, that they might offer in the future. Google already helps users to purchase flights, and with new offerings like Google Express, which provides same day delivery from a long list of retailers, the company is encroaching on Amazon’s core business. Google Home will provide a natural language interface for all of the company’s services. 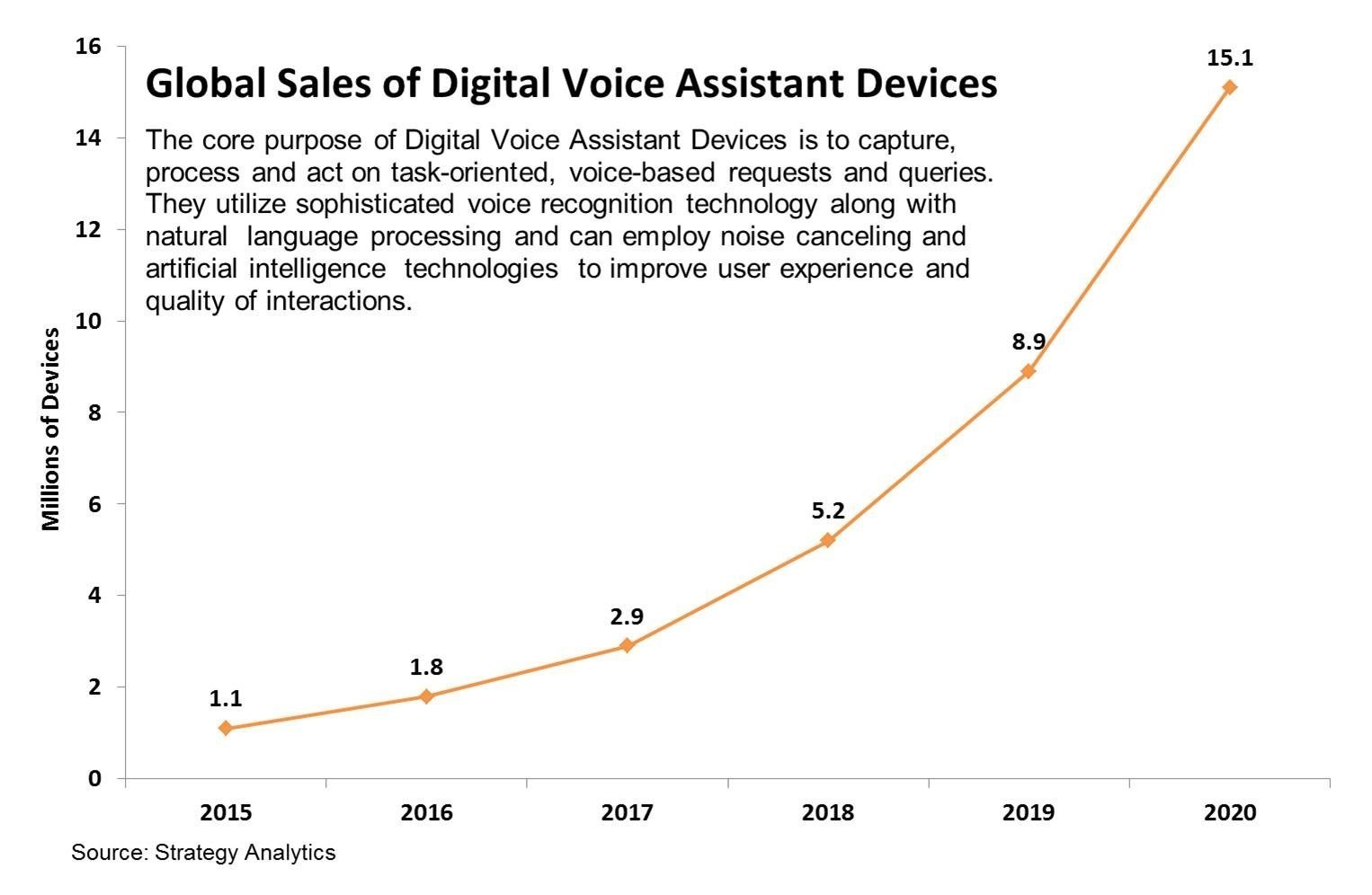 “Amazon was first to market, and has already sold millions of Alexa-enabled devices. The market, however, is still nascent, and an early presence won’t guarantee success over the long term, especially given that Google Home offers some unique benefits,” said Joe Branca, Senior Analyst, Smart Home Strategies Service.

“One of the biggest is the ability to recognize a specific user and offer a personalized response – something that’s going to be useful in a lot of smart home applications.” Google Home will also support synchronized multi-room audio and interactions with Chromecast, like starting a video stream to the TV.

While critics note that Google has frequently failed to gain traction with its hardware products in the past, its Chromecast device has been a standout success. Strategy Analytics estimates that the company has sold more than 30 million Chromecast devices to date, and the Cast technology is now integrated into a growing number of wireless speakers, soundbars, and receivers.