Since the times, King Salman Bin Abdulaziz has ascended the oil kingdom’s throne, Saudi Arabia has been undergoing major political and economic changes which have brought the possibility to question if the new prince is here to stay for long? He is the first grandchild of the founder King, Abdulaziz Al Saud.

Saudi Arabian Government has come forward with some prominent changes at the political front all with a motive to focus power and its various resources all in the hands of Crown Prince.

Talking of political dimension, Mohammed Bin Salman was appointed the new defense minister right after his father was crowned Kingdom’s Emperor. Prince Mutaib bin Abdulaziz too was knocked down from the post of National Guard leader handling the power to Mohammed Bin Salman.

While, it is not possible to assess the actual credibility of these changes, yet an in-depth analysis and study of their characteristics, can help us analyze the implications of these developments and how will they affect the stability of new King, Mohammed Bin Salman. 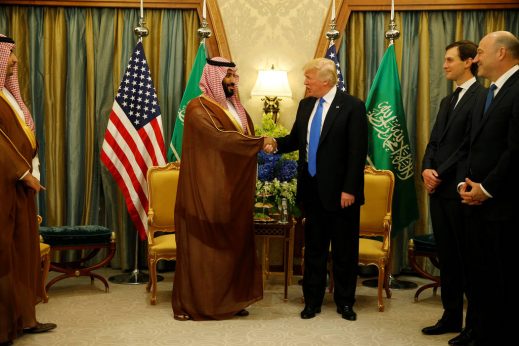 Firstly, the changes are taking place in a very confidential manner that too very abruptly. This is particularly due to lack of a proper framework that can bring in transparency and reassurance to the political system.

Secondly, the changes that aim at focusing power and rebuilding political framework are not being done to favor political pellucidity.Rather, they are treading an opposite path, reducing Saudi Arabian diversity and limiting pluralism handling greater power in the hands of royal family.This means it will reduce the political freedom given the reduced diversity in decision-making circles.

Thirdly, these changes are taking place at great speed and rather abruptly without any strong basis or internal reaction.Prince Muhammed Bin Nayef was overthrown from crown without any resistance and many other influential ministers and wealthy princes too met the same fate.This is not only surprising rather raises questions and credibility of newly formed Kingdom’s ability to hold power or bear changes.

Fourthly, a lot of challenges are being witnessed in response to the changes.Oil prices have declined, unemployment has become widespread, the economy is also facing a challenge of privatization.A heated rivalry with Iran and an ongoing war with Yemen are adding in problems for the country and are posing a great threat to its security too.

The logical consequences of issues mentioned so far clearly reveal that given centralization of power, the political power will get centralized in the hands of crowned prince making him exercise control as well as take full responsibility for what happens in the future.

A possibility is that the King might become the founder of newly iron ruling system where entire power and wealth is amassed by the king alone and not the ruling party.While, it is clear that success, in any case, would not be easy and would come across a lot of internal as well external challenges. Meanwhile, rapid cultural changes in the Kingdom will also bring in consequences posing the high responsibility of maintaining security stability, managing political conflicts and ensuring symmetry across institutions over the shoulders of the King.