China’s Leading Smartphone and Device Maker Xiaomi has filed for Hong Kong initial public offering on Thursday, which is being considered as one of the largest listings by a Chinese organization in almost four years i.e since 2014.

Xiaomi’s IPO will mark the first listing in Hong Kong to happen after new rules (dual-class shares implementation) that will target to garner more tech listings, in the backdrop of a competition ongoing between Hong Kong, New York, and the Chinese Mainland.

As per sources obtained from Hong Kong Exchanges & Clearing Limited, prominent names such as Morgan Stanley, CLSA and Goldman Sachs have been enlisted as joint sponsors for Xiaomi.

This could turn out to be the biggest IPO after Alibaba’s $25 billion debuts in 2014. Sources with direct knowledge of the matter predict that a valuation of at least $70 billion is accepted by investment banks, sponsors and potential investors which will likely surpass USD 100 Billion in short term. 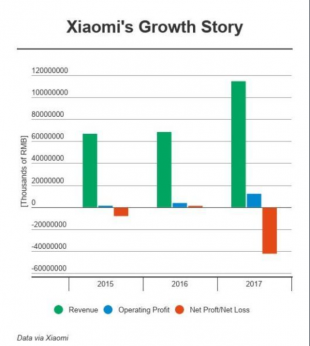 Xiaomi’s has witnessed a spectacular growth between 2015-2017

In addition to being a smartphone maker, Xiaomi is involved in the production of a wide plethora of internet connected appliances and home devices, gadgets, air purifiers, scooters, rice cookers etc. however, it derives its maximum profit from internet services.

Xiomi has always been in the forefront with its mid and cheap price segment of phones and poses a tough challenge for ace rivals like Apple Inc. and Samsung Electronics Co Ltd.

Deliveroo IPO listing, Valuation could reach around $10 to $12 billion