San-Francisco based online ticketing platform Eventbrite (EB) has finally launched its much-awaited IPO. The shares of the company soared as high as 70 percent in its stock market. The shares opened at $36 and climbed as high as $39.30 before ending the session 59 percent up at $36.50.

Eventbrite’s stock has been listed on the New York Stock Exchange (NYSE) under the ticker EB. The firm at the initial stage priced its offering from $19 to $21 per share, but due to its high demand, it raised the final offering price to $23 per share.

With this price, the company was successful in raising funds amounting to $230 million. Founded in 2006 by married couple Julia and Kevin Hartz, Eventbrite has raised a total of $373 million in equity funding as of now. The entry of Eventbrite in the stock market was quite impressive and powerful.

We also have some information about the company’s largest stockholders and how much their stakes are worth, based on the market cap at the end of its first day of trading: 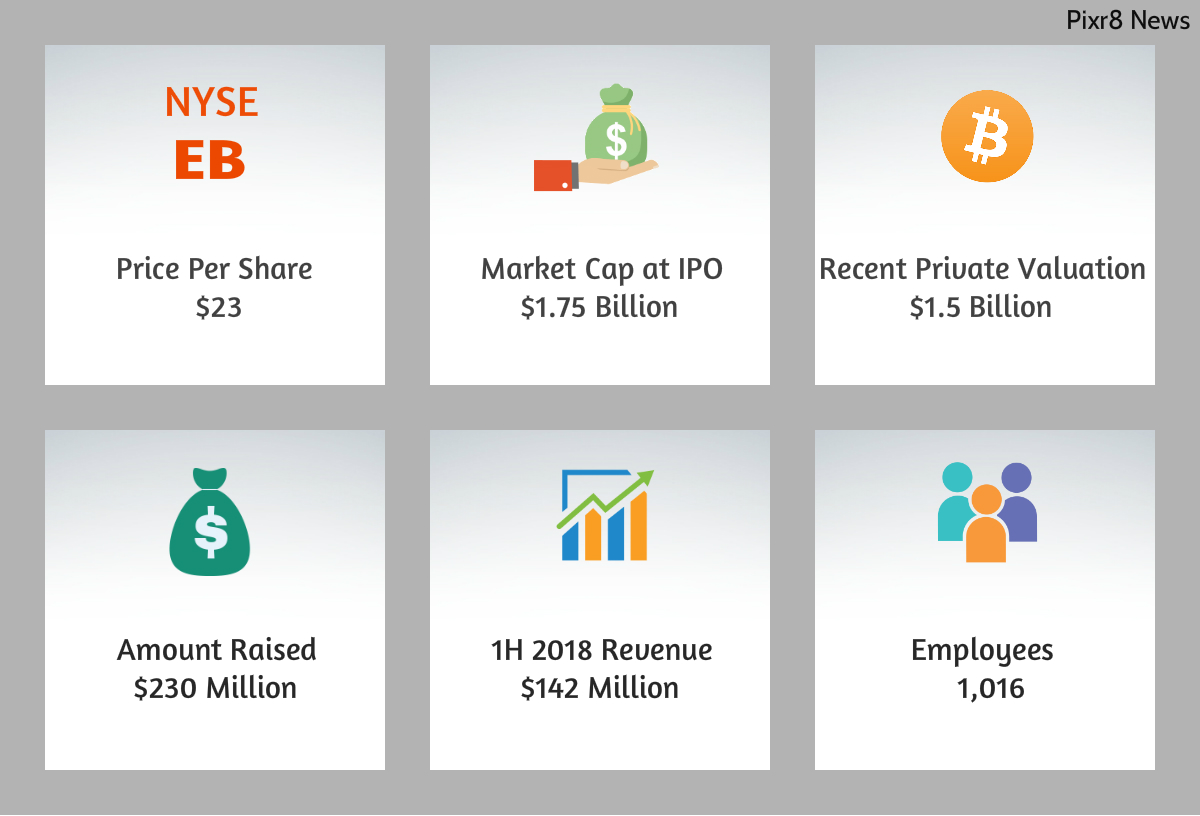 Talking about the company, Eventbrite basically is a technology platform through which it sells tickets to live events and provides resources to the people putting them on. It earns revenue by taking a cut of every ticket sold by event creators through the platform. The company claims to have a sales record of around tickets for approximately 3 million events, including music festivals, seminars and political rallies, across 170 countries.

The revenue of the firm rose by 51% from 2016 to 2017, and it grew 61% in the first half of 2018. However, Eventbrite lost 73 cents a share, relative to 44 cents in the year-ago period. Also, the company has been quite active in acquisitions in its recent history, acquiring seven companies since 2015.