The success stories in the startup ecosystem have always been told in a single manner- how a bunch of co-founders meet, discuss a common, yet thriving issue and plan a service to eradicate that out of the system. Soon they get appreciated for their work, raise seed funding or a couple of series funding on top of that and that’s it!

But is this really the end? Or let’s rephrase, ain’t it a beginning of something new and bigger?

We all must’ve remembered this dialogue from an amazing movie called ‘Spiderman”, here it is in case you don’t: 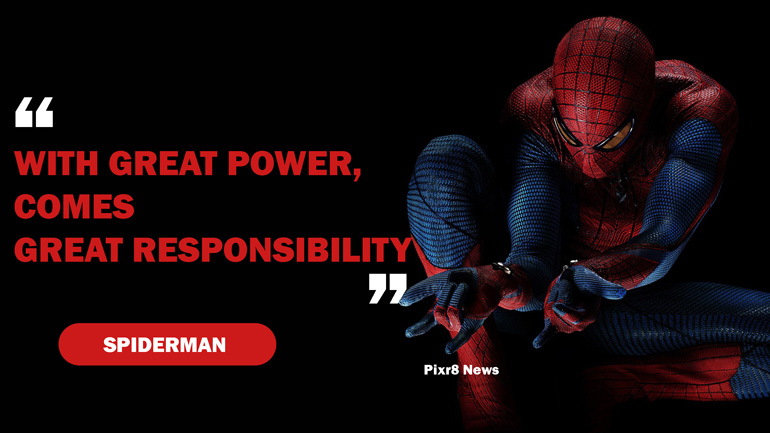 This is mostly true in every scenario of our lives, but in case of the startup ecosystem, it holds even stronger. Actually, the journey of an entrepreneur becomes more surprising after he/she raises funding or scales up its business. Since now there are more people in your venture, the responsibilities on your shoulder have doubled. And soon you realize, it’s not even about money, now you have plenty, but it came at the cost of so many sleepless nights and uncountable failures.

Recently, we came across a beautiful article written by an established entrepreneur who started his journey early, but reached his goal much before his expectations. I know it sounds like a dream, who doesn’t want that? All the fame, money, more people in your organization and a tag of “Successful Entrepreneur”. Everything happened in the same order in this story as well, but the ending was something that nobody had anticipated.

The entrepreneur is- Sanchit Sethi, the co-founder and chief executive of StayUncle, who besides achieving the expected numbers, lost his mojo! In a recent blog-post that he shared on LinkedIn, he talks about his experience of how he went in and out of depression, and his weird but amazing way he did that. 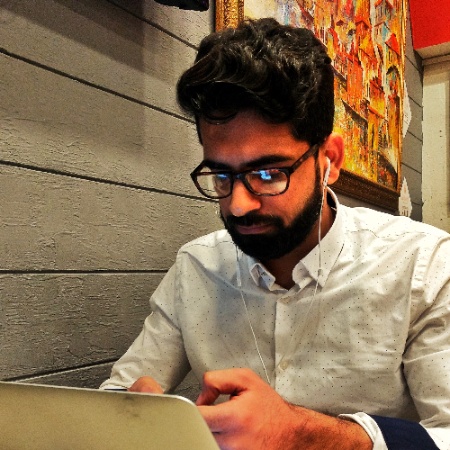 “So we were having a great time after our media outbursts last year at StayUncle. People across the cities started getting to know us. Gradually though, but a super strong team had started to build around Blaze and me. People were now believing in our cause. Business was growing 200 % MOM. In the next couple of months, I had reached places I never anticipated I will reach this soon. All my startup dreams were coming true. I was living the life people desire to live; bigger office, bigger team and great people around. More business than ever flowed in and what not. I had everything around me. But one thing….I had lost the “steam” somehow. I had no more drive within to take the company forward. As a founder of a growing startup, I am confessing that I have lost it.” the blog reads.

Initially, Sethi thought of it as a phase and that a quick trip to mountains will refresh him. It actually did, but not for a long period of time. “But it was a temporary freshness which lasted only for couple of days and I was back to myself not wanting to leave my bed every morning again,” he writes.

It is very possible that the enthusiasm and “Steam” that used to drive you during the early phase of your startup is lost! You would never know where you lost it, it just fades away. You lose your motivation of waking up, you become lazy, your days are swept away in vain with zero productivity.

“I was unhappy, out of a relationship and my levels of devastation were soaring high. Nothing was making sense.”

The drop in his energy levels were soon noticed by the co-founder of StayUncle- Blaze Uncle. “Though I didn’t allow it to become evident but when one stops performing in a team of two, the other comes to know eventually.”

Bringing up the problem of the needs of their startup, they realized that Sanchit is not doing so good and probably-“It’s time for me to step down as a CEO.”

This soon made him realize that he has become a victim of “depression”. “I had been depressed for quite some time. I just didn’t know this,” Sanchit posted.

How did he cope up?

Soon after that, Sanchit made a plan to meet up his friend who happened to be visiting Delhi from US. Amidst the casual talks, his friend mentioned about a book called Divine Time Management. It’s how life finds a way to get back to you. The same happened here with Sethi.

“After few days, I started reading it, and boy how the book took me over! I couldn’t take my eyes and mind off that book for next several days until I finished reading it. I sensed a deep peace within while going through it.”

Soon Sethi realized the power of words. He did not stop after finishing this book. He ordered 2 more books online, he went on reading them. To his surprise, he had finished 6 books in a month, which was his top record as well!

This is what he soon realized:

“During those days a realisation dawned upon me that I am leading an extremely busy life. A life busy with my thoughts. Throughout the day, I was thinking either about StayUncle or some other stuff. But my mind was never at rest. When I was not working, I was thinking about work. And I used to take pride in this lifestyle. I used to feel so good that I was thinking of my company even when I was under the shower, while carrying out my morning routine tasks, while I was in a cab. And God this was the life I had always wanted! To be busy. Why to be free? What has anyone achieved by spending free time? You don’t buy expensive cars and houses, achieve your dreams by being free.”

He started a daily practice:

“What I started doing everyday was to take an hour free from my busy schedule, and think nothing during that time. I created an empty space in my mind for that one hour. Not thinking about the work or any personal stuff. I was trying to be present, present to the moment. Observing things around. In a way what I was doing was to shut my mind from the continuous thought process it underwent the rest of the day. And just be there. Enjoy the nature. I started going out to parks and enjoy one hour every day. That one hour has changed the way I spend the rest of my day.”

Life is amazing with its hidden plans, and human mind can be a mess when left alone. “I try to get aligned with my inner voice. And the voice guides me what to do and what not. This way, I am hitting lesser obstacles in my journey. I have started bumping up into people and then they end up helping me take StayUncle forward.”

Sanchit is still trying to get his thoughts aligned. He tries to apply this method in every decision he takes.

“And since then life has been happier and content. I am more hopeful now than ever. And not going through a depression anymore. If anyone of you is also going through a tough time, I pray you’re able to overcome it too. As thousands of individuals who have been overcoming it across the world. I am one of them,” he concludes.

If you are an entrepreneur who may seem lost right know, just go out there and find what can help you lift. We may be different in outward appearances, but we’re all similar within. Learn from others, learn the ability to listen and try seeing a situation from different angles. Happiness needs to be created and shared!