According to the Boston Consulting Group (BCG)-Google India report, digital consumer spending in India is expected to rise to $100 billion from $40 million by 2020. The report that hit the surface on Thursday, marked the potential of the consumers to spend at a much greater level than they already are.

The report suggests, the growth in the upcoming years will be led by the increase in the market size of the following sectors :- 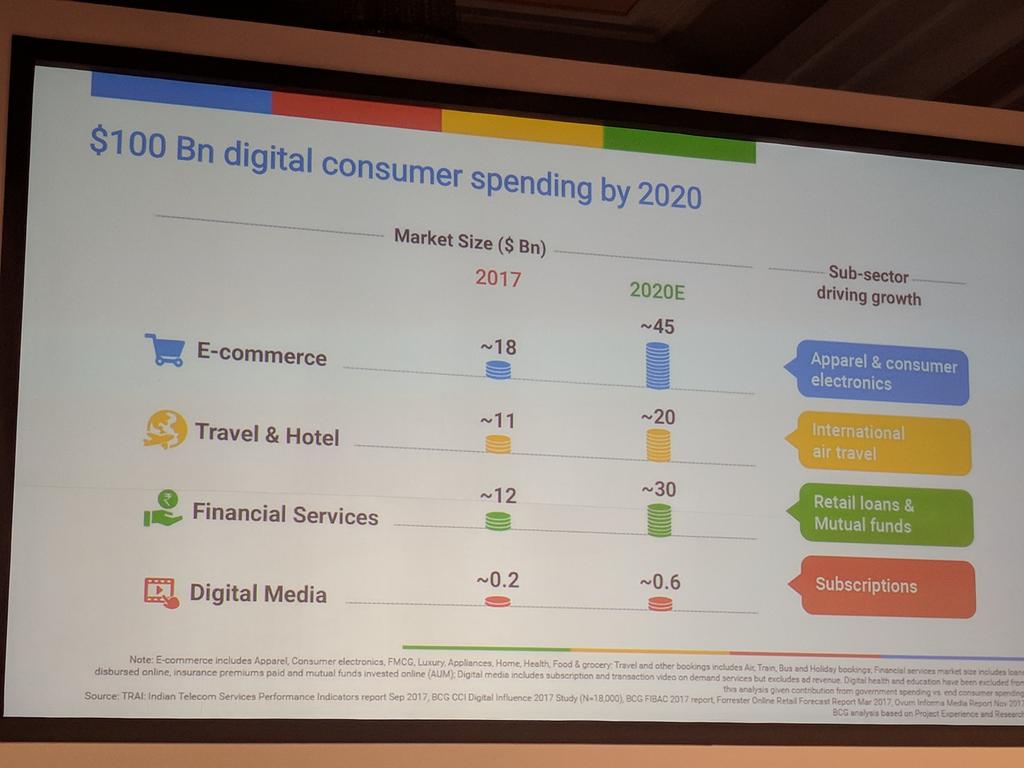 The report not only specifies the expected growth of online spending by 2020, it also shows the differences between the current digital consumer spending between India, China and United States. In all of the sectors be it E-commerce, Travel & Hotel, Financial Services and Digital Media, India lags behind by at least 2 times from both China and US, with US leading the race. E-commerce that is growing all over the world, where India is also establishing itself with a fast pace, the online spenders among Internet users in India stands at 20%, whereas the online spenders in US stands at 79%. 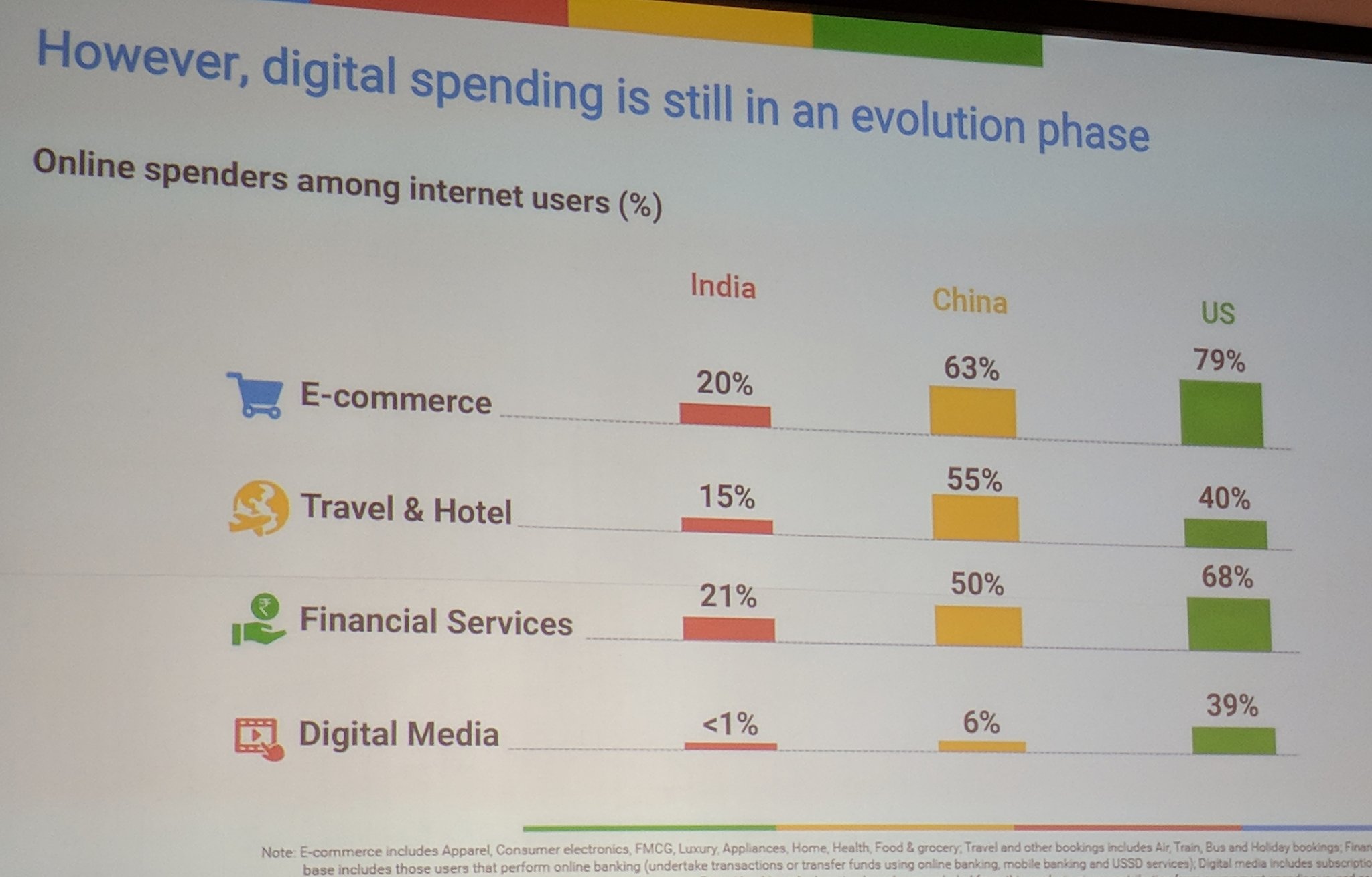 The detailed account of the BCG Google India report also points out the reasons where the online businesses fall behind in performance like, in persuading the online users to spend on their product and services, and thus making them move to offline markets. It further states that the reason of limited knowledge of digital media and spread of data networks over finite areas might also add to the little spending on the online markets by the consumers.

Concerning specifically on different of spending, it says that in Fashion niche, over 71% of internet users were discovered as Non-buyers due to various reasons such as the lack of touch and feel, the need of the product in short time and the availability of the products at much cheaper price offline. Whereas 19% users from the total were occasional buyers and only 10% were frequent shoppers. 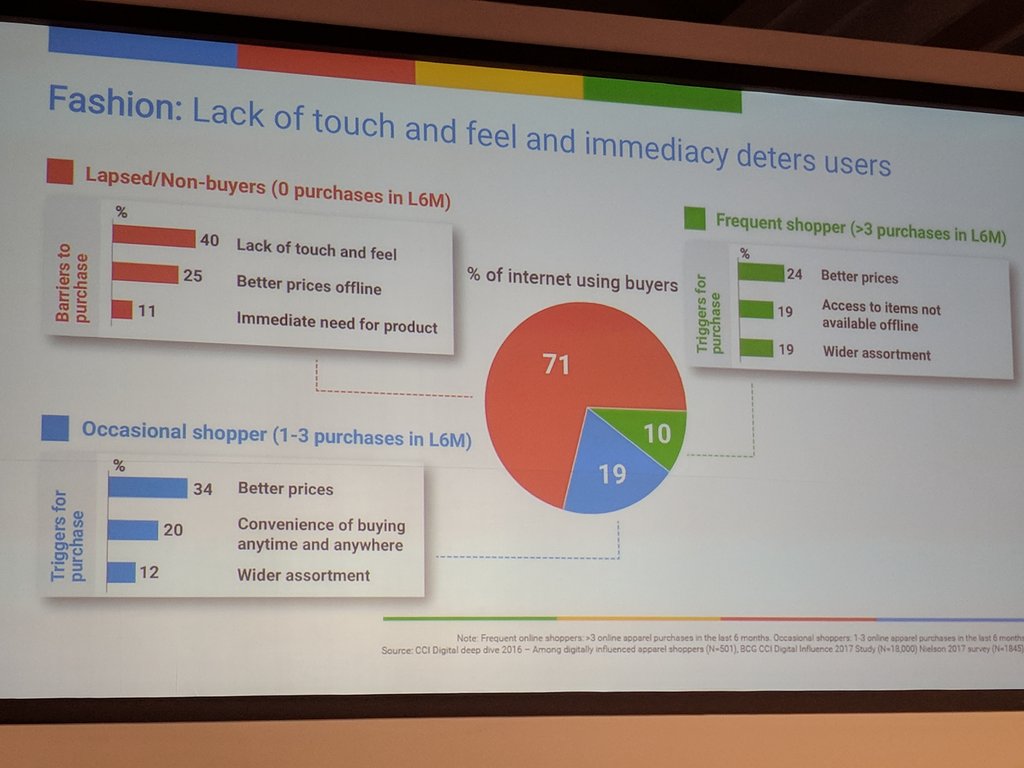 The online Food & Grocery sector also turned out to be performing at a slower rate with 86% of online users not spending at all on the products the line offers due to quality and hassle free transactions offline. It notes that only 6% of online users are frequent shoppers of food and grocery online. The main reason of such a large percentage of people not spending in this sector turns out to be the convenience factor that people feel is more in the offline markets. 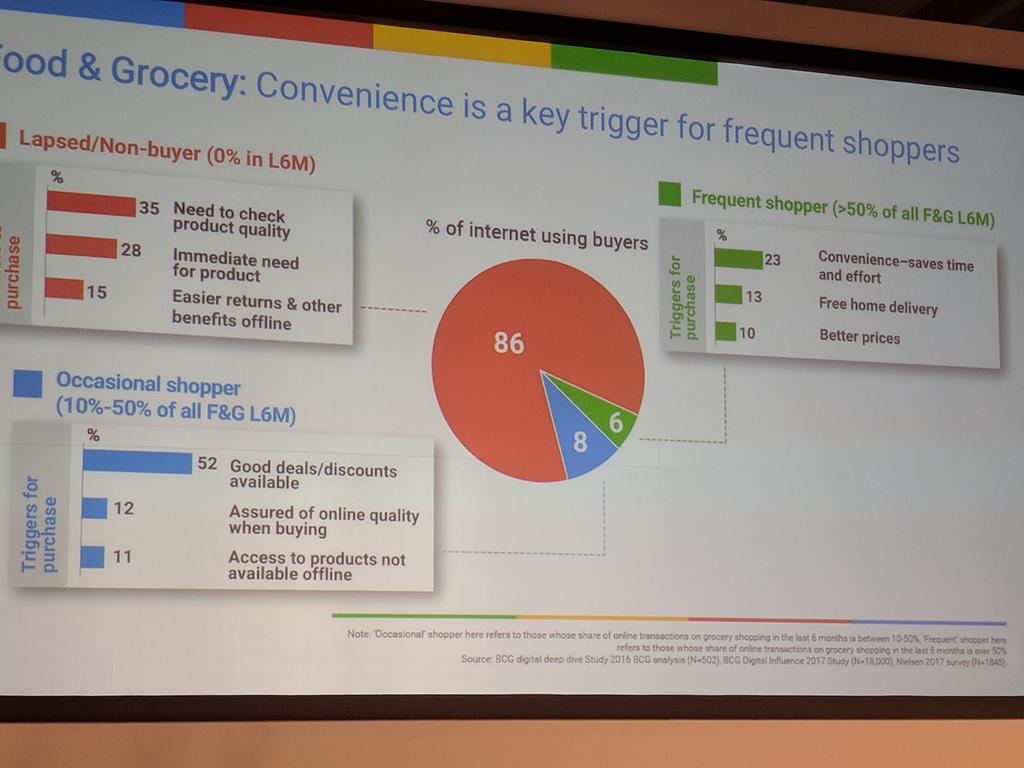 Nitin Bawankule, Industry Director, Google India said,“Digital spending in India is at a cusp of significant wave of change, while we have seen enthusiastic response to adopting newer forms of digital payments in the last few years, the base is still relatively small. The ecosystem needs to focus on creating a very targeted value proposition for different segments of users and across different categories to drive larger adoption.”

All in all, the report pointed out the key factors and barriers responsible for limited spending by the internet users. It said that, the actual digital spending is still in evolutionary stages in the country. It specifies the doable insights for different sectors to drive adoption among the non-buyers. “For the price conscious Indian users, discounts can be a good trigger to drive trials and building comfort with digital and guiding them along the purchase pathway,” said the report.