1) How much money allotted to NSDC in last 2 years

2) How much money spent in last 2 years (Through NSDC)

After Formation of Modi Govt, first time NSDC has been allotted with independent ministry, headed by Rajiv Pratap Rudy. As per BJP manifesto, Hon. Prime-minister Narendra Modi kept his word & allotted handsome fund for skill development to support people who are willing to work hard but lack of education they are not able to earn their daily bread & butter.

Minister Rajiv Pratap Rudy kept his strong eye and made sure NSDC benefits and opportunities reach to each state and maximum people can get benefits from the different initiatives taken from the division. 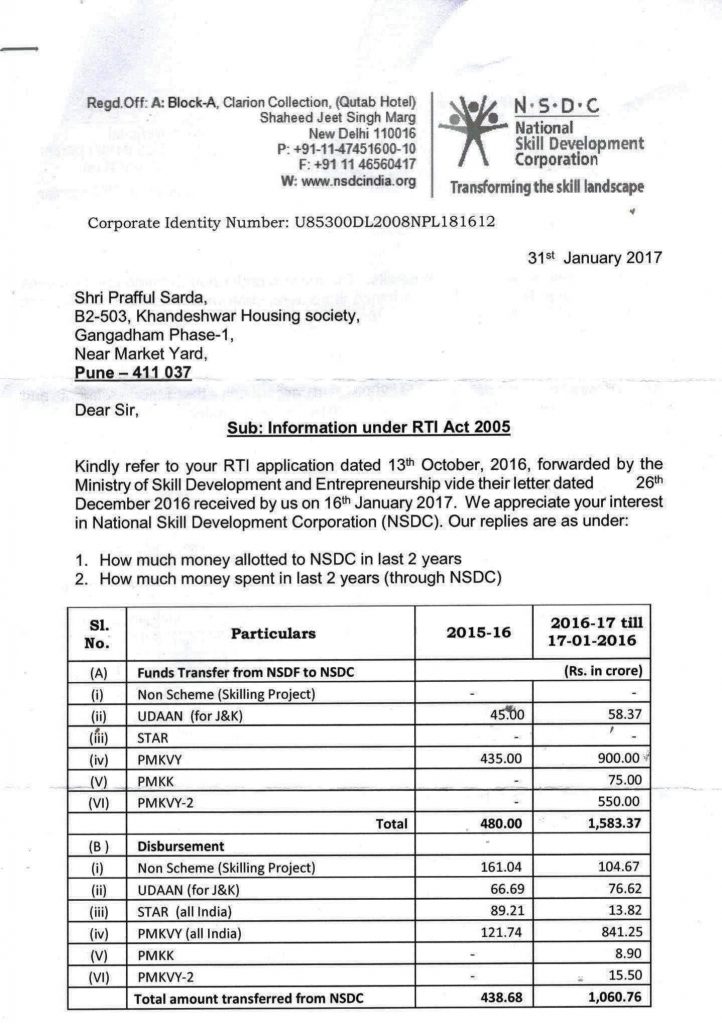 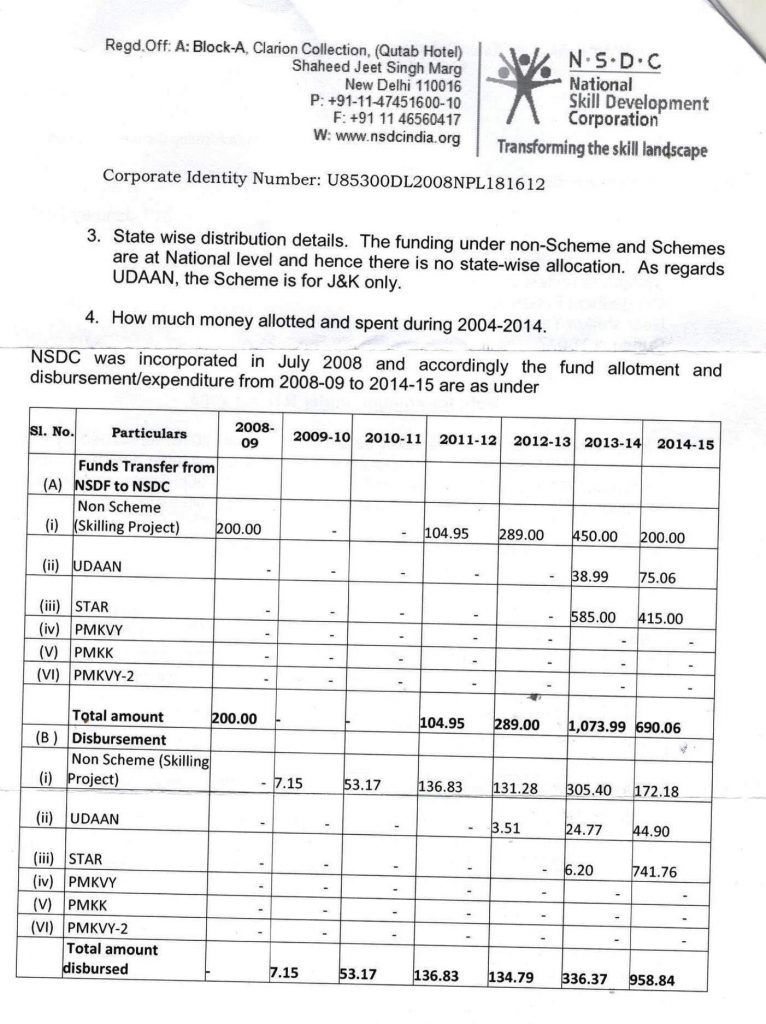 This clearly shows UPA & Former Prime-minister Dr.Manmohan Singh was least bothered about NSDC that involves major population of this country. But when Modi Govt took charge  since then so far NSDC got more than Rs.3491.05 Crore And    under his guidance Rajiv Pratap Rudy already disbursed more than Rs. 2458 crore to involve unskilled people of this country can be part of skill development.