With its goal to encourage states to take proactive steps to encourage startup ecosystem, Department of Industrial Policy and Promotion (DIPP) has launched the awaited ranking framework, that includes 7 pillars with 38 pointers to rank states/UT based on measures they have taken to promote and nurture entrepreneurship.

The online dashboard for State/UT Startup Ranking 2018 was launched by Minister of commerce and Industry, Sri Suresh Prabhu.

DIPP aims to promote competitiveness amongst the Indian states and Union Territories to act proactively when it comes to startup and entrepreneurs. According to the report that DIPP released today, there are a total of 6,875 recognized startups and 82 startups have been given tax exemption. 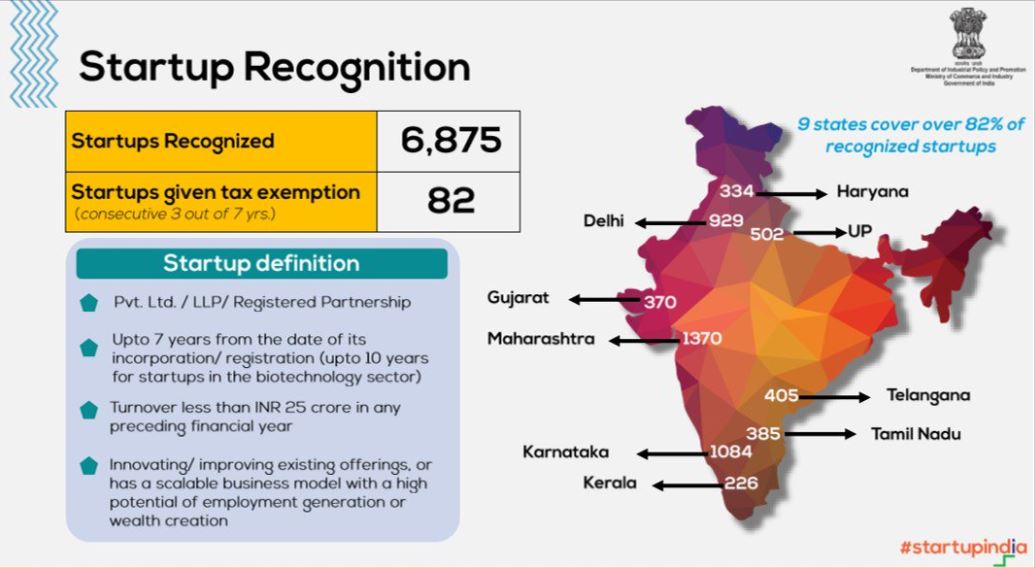 DIPP has also assigned 7 pillars for the evaluation of the performance a State/UT’s Startup ecosystem, which are:

Amongst the various states, Maharashtra topped the list with highest number of recognised startups followed by Karnataka and Delhi for second and third place respectively. Only 18 states have implemented the startup policy ever since it was announced, out of which the following nine cover over 82% of the total DIPP recognised startups- Delhi, Haryana, UP, Gujarat, Maharashtra, Karnataka, Kerala, Tamil Nadu and Telangana. 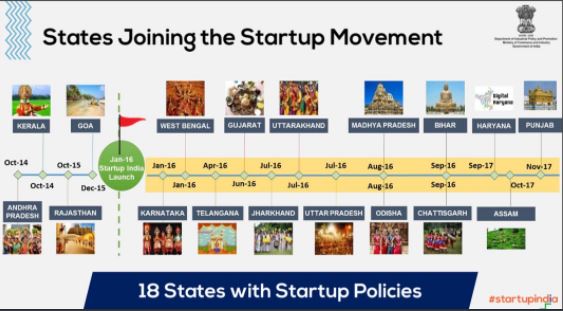 The DIPP will be releasing the State Startup Index by June 2018 and until then the states have been ranked on the basis of 7 pillars stated above.

“We understand that in this entrepreneurial success journey states must be involved and encouraged. That’s what we aim to do with this States Ranking Framework. We are aligning our strategies to tap the infinite potential of young entrepreneurial minds. We are helping them in the journey from idea to business and business to success,” Suresh Prabhu said in his opening speech. 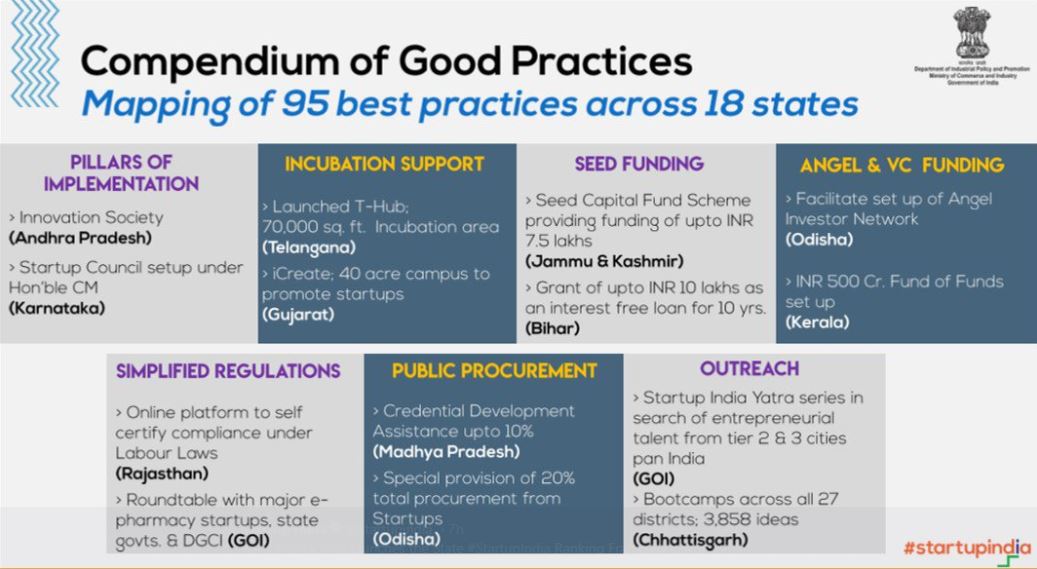 With the State Startup Ranking framework, the States will get involved with the startup ecosystem and entrepreneurial activities on a bigger scale, and it will be interesting to see what methods these states will adopt to get on top of the list.