WeWork, a firm that delivers co-working and office space to small businesses and big corporations as well, is reported to have received a funding of $400 million. However, this funding round is different from previous funding rounds. It will come as an investment in the form of a small group of collective investments schemes with particular focus on real estate. It is the prolongation of a successful partnership between WeWork and a large private equity firm seeking to acquire real estates for WeWork’s business purpose.

According to SEC filings, WeWork raised four new funds in association with Rhone Group, a private equity firm owning offices in New York, London and Paris. The funds raised include a first round of $25 million in new cash, a Fund A round of $201 million, a Fund B round of $78 million to manage, and a Fund B-1 of $100 million for control. “We Work Property Investors LLC” and “We Work Property Investors UPGP LLC” are listed as the promoters of all four funds while Citi Private Advisory and Lazard & Co were remunerated for their roles in the sales process, which also included investments from foreign investors. 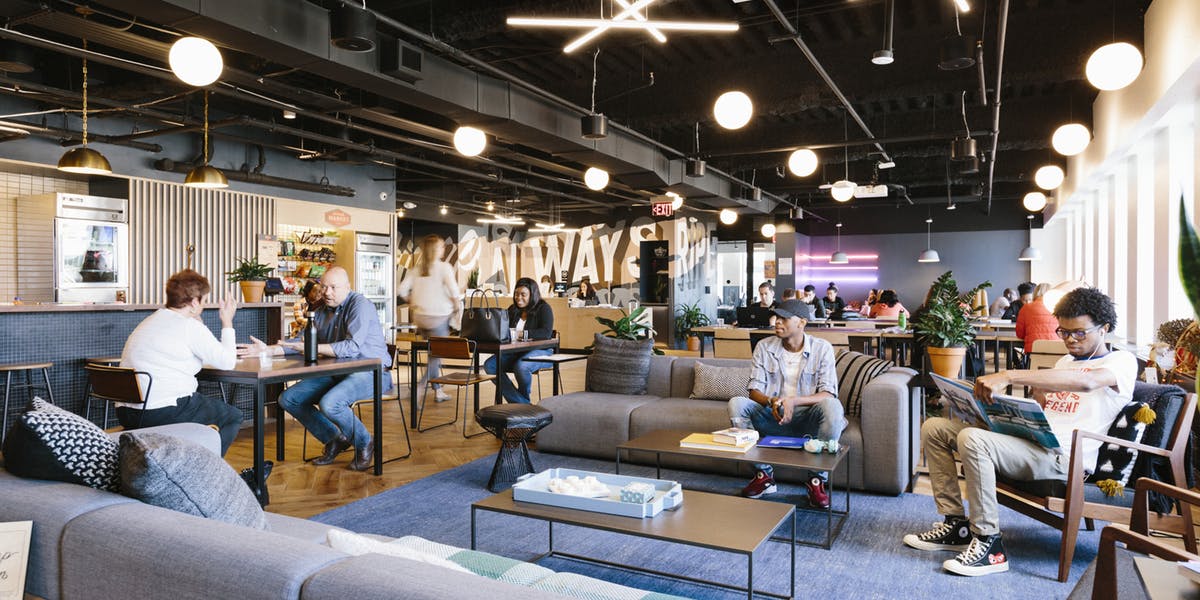 A WeWork Office In Atlanta

The structure of investments is very alike to the legal framework Rhone Group utilizes to make their funds. They form a general partnership and set up a management company to act as limited liability firms, which afterwards marshal the resources invested in one or more investment funds, usually in limited partnerships fashion.

Back in October 2017, WeWork and Rhone Group acquired the Lord & Taylor building in New York City for about $850 million, the deal included a $500 million purchase by Rhone Group of convertible shares in Hudson’s Bay Company which is a corporate parent of Lord & Taylor. Media reports believe that a large portion, if not the totality, of the approximate $400 million funding filed in the SEC reports went in acquiring the Lord & Taylor building. Indeed, the “date of first sale” mentioned in the amended filings is March 16, 2017, which is six months before WeWork acquired the famous Manhattan estate, which is set to become WeWork’s corporate headquarters.

The acquisition of the Lord & Taylor building is very interesting because it highlights an ongoing change in business strategies. WeWork usually rented it spaces and owned no real estate up to very recently. Additionally, according to the filings, the four funds are able to raise an “indefinite” amount of funding and have no specified closing dates; meaning that there is a huge chance of additional acquisitions of real estate in the coming months.