Funding activities have been growing a lot for a long time and with more and more startups coming in operation, the investors are also getting a boost. The last week saw a good number as well as the amount of fundraising activities in which various important companies took part.

The company that raised the maximum amount of funds this week was Epic Games, the company that created video game sensation “Fortnite”. It raised $1.25 billion in funding from investors including KKR & Co, Iconiq Capital and Smash Ventures.

This funding round has been one of the highest valued ones in a long time. Let us now have a look on the top five funding activities of the week.

The video-based social platforms are growing at a great pace these days and VideoKen, being a social learning solution helps educators and learners search, curate, personalise and share video clips.

This marks as the second round of seed funding by the New Jersey- and Bengaluru-based startup. The company plans to use these funds for the expansion of its operations in North America.

Online tax return-filing and investment platform ClearTax has raised funds amounting to $50 million in a fresh financing round. The round was led by Composite Capital which is based in Hong Kong.

ClearTax recently launched a mutual funds product known as ClearTax Invest and is now looking to improve its technology and deepen its reach with the help of the new capital. The company is expecting to capture a wider consumer market, selling mutual funds to its existing clientele made sense.

This deal has come at a time when the financial tech sector, commonly referred to as fintech, has clocked rapid growth and managed to attract aggressive funding.

A Hong Kong-based startup Neat that offers startups and SMEs access to credit cards and banking services has secured funds amounting to $3 million in a fresh funding round.

The particular round was led by China-based VC Linear Capital. The round also saw participation from Hong Kong’s Sagamore investments and existing backers Dymon Asia Ventures and Portag3 Ventures.

The company claims to have customers in 100 countries, but with Linear Capital’s backing, it is aiming to zone in on Chinese businesses that are looking for banking options in Hong Kong.

Indiabulls Ventures Ltd, a financial services company has secured an amount of Rs 1,539.20 crore ($210 million) in a funding round. The particular round was led by four foreign institutional investors, including a private equity firm.

The basic purpose of the funding round is to infuse long-term capital into two of its subsidiaries. The company is planning to use these funds to capitalize on lending arm Indiabulls Consumer Finance Ltd and Indiabulls Asset Reconstruction Co Ltd. 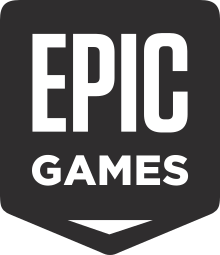 According to the reports of the Wall Street Journal, Epic Games has been valued at almost $15 billion after the new investment round. The company counts Tencent, Walt Disney and Endeavor among its minority shareholders, was estimated to be worth $4.5 billion by Jefferies analyst Tim O’Shea in May.