The previous week was quite eventful in terms of funding activities and it witnessed various companies that raised a noticeable amount of funds from different well-known investors.

The trending fundraise that took place this week was led by Anil Ambani’s Reliance Big Entertainment, which seems to be an achievement for any startup. Reliance-backed Wishberry and SmartVizX raised the same amount of funds from their respective investors that was Rs 10 crores.

Let’s now dig into the details and have a look on the top 5 funding activities that happened in the previous week.

Wishberry, India’s largest crowdfunding platform for filmmakers and creative artists has secured an amount of Rs 10 crores in Series A funding round. The particular funding round was led by Anil Ambani’s Reliance Big Entertainment and 3one4 Capital.

Wishberry’s founders Priyanka Agarwal and Anshulika Dubey have an aim to encourage low-budget cinema through the introduction of a film financing platform Wishberryfilms.in.

The company plans to utilize the funds so raised for the expansion of the employee base and make the team bigger. A part of the funds will also be used to bring in experienced talent in the film production & distribution segment.

Headout, a last-minute mobile marketplace has reportedly secured an amount of $10 million in a Series A funding round. The particular funding round was led by the existing investors Nexus Venture Partners and Version One Ventures.

The company is planning to utilize these funds for the purpose of geographical and technical expansion. The aim is to reach 100 cities across North America, Europe, and Asia Pacific by the next 18 months and enhance the technology and business teams, along with bringing in new verticals.

After this round, the total funding amount of the company has reached $12 million so far. Headout also has plans of introducing branded experiences. 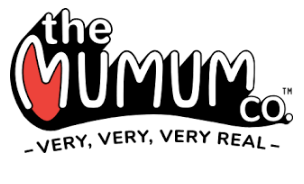 The food company plans to utilize these funds to offer a new product range, team hiring, and expansion in tier 2 cities. The products are also available across 100 stores in Bengaluru, Mumbai, and Pune. It is set to expand to over eight cities by the end of the year.

A Noida-based VR (virtual reality) startup SmartVizX has reportedly raised funds amounting to Rs 10 crores ($1.45 million) in a pre-series A funding round. This funding round was led by YourNest Venture Capital and Indian Angel Network‘s IAN fund.

The company plans to use the funds so raised in boosting up the product team and also set up extra and additional capabilities to the product. Also, a part of the funds will be utilized for international expansion.

Along with this, SmartVizX has also announced the inauguration of Trezi, which the company claims to be the first VR-based platform for architecture and interior design collaboration.

Bengaluru-based investment firm Groww has reportedly secured an amount of $1.6 million in a pre-series A funding round. The latest funding round was led by Insignia Ventures Partners, Lightbridge Partners, Kairos.

The funding round also witnessed the participation of existing investors such as Mukesh Bansal and Ankit Nagori.

The company plans to use the funds so raised to make its technology strong and further build growth channels that might increase the scale of the company. The company offers plans for mutual funds that encourage investment through a mobile application and a website in partnership with all 34 fund houses.