Emotix, a revolutionary robotics, and consumer electronics company raised a funding round of over $2 million from IDG Ventures India and YourNest. This funding round also saw the participation of existing angel investor, Keshav Murugest, Executive Officer of WNS Global Services.

Emotix, a Mumbai-based company now claims leadership over the social robotics market after taking the technology of robotics assistance a level further by incorporating emotion into its interface. The robot is powered by non-verbal cues like motion or physical gestures which facilitates human interaction a level ahead. The startup’s first companion robot, intended for children received very positive feedback few months after its launch.

“The recent investment from funds advised by IDG Ventures India and YourNest is a great validation of efforts by the team. It will propel the company towards further research and development, accelerate the launch of new products and facilitate foray into global markets. Besides a consistent growth rate in sales, we surpass some of the best AI conversational stacks globally by clocking 37 times the average session duration with our user as compared to industry peers,” said co-founder & CEO of Emotix, Sneh Rajkumar Vaswani.

Miko, their first robot required a development period of over 2 and a half years and 22 trials across different consumer groups before reaching the market. The company now expects selling over 100,000 units by 2021 in India only. 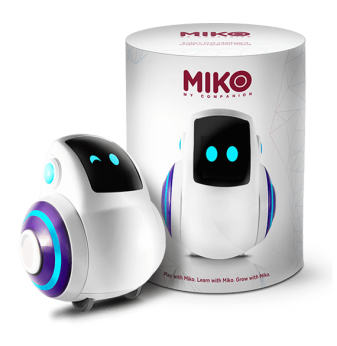 “It’s not only a seamless demonstration of filling gaps in the life of the consumer but also an attempt to revolutionize man-machine interaction. These considerations and the attractive growth potential excited us to invest in Emotix,” founder and managing general partner, IDG Ventures India, Sudhir Sethi.

“The differentiated thinking and ingenuity that Sneh and his team bring to this industry give us confidence that Emotix can scale, innovate and set new benchmarks in robotics and user experience. As part of our Nuture Capital vision, YourNest’s Director of Technology, Satish Mugulavalli will formally join the emotixTM board,” said Director & Fund Manager, YourNest Venture Capital, Sunil Goyal.

The retail of Miko began in October 2017 through channel partners and is currently available in over 100 offline stores in India such as Croma and Hamley’s. It is also available on e-commerce platforms, notably Amazon and Flipkart.

Miko received a very good response from young parents across different landscapes as 40% of their demand comes from Tier II and III cities.