The expansion was announced along with a new $50 million Series C funding led by Revolution Growth to scale up the success already in progress. Tala has also recently raised an additional $15 million to power its loan book. The round brings Tala’s total financing to more than $105 million.

Founded in 2012 by Shivani Siroya, who grew up in India and the United States has launched Tala in Kenya.

Tala is the first smartphone-based lending app in the world. Through its mobile platform, Tala has delivered more than 6 million loans to nearly 1.3 million customers and originated more than $300 million. The popular app is currently number 3 in the Google Play Store in Kenya.

The app has grown significantly in the last year, expanding its base to Tanzania, the Philippines. 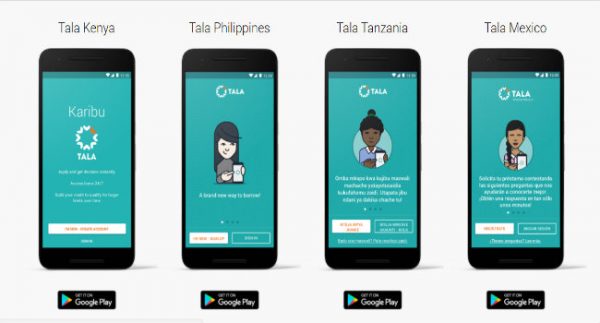 The timing is opportune as the digital lending space in India is still nascent but with huge potential as the government pushes for greater financial inclusion using digital technology.

“We are excited to bring our globally proven, customer-driven product to India, where there is high demand for consumer credit and a significant underserved population. Tala’s speed, fully automated borrowing experience, and empathetic customer service will be an advantage in a fast-growing sector,” said Tala’s founder and CEO, Shivani Siroya.

“With more than 3 billion underserved consumers globally, Tala’s ultimate aim is to leverage mobile technology and data science to put more people in control of their financial lives and build a better, more equitable financial system,” she further added.

Tala already operates in Kenya, Tanzania, and the Philippines, where it has delivered credit to more than 1.3 million customers and originated more than $300 million. 2017 loan origination and revenue more than quadrupled over the previous year.