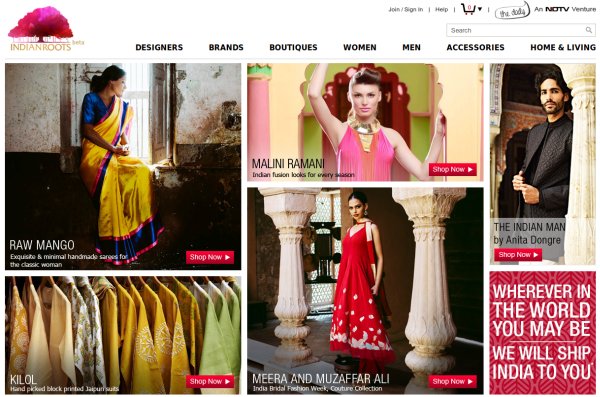 Indianroots in its move to widen its product range plans to raise $100 million in the coming three months from overseas PE investors. Indian Roots, initially, started with a seed fund of $3 million from Astro, Malayasia-based Media and Entertainment Company, and NDTV Convergence which operates ndtv.com. In a period of mere 18 months, since the ethnic wear e-tailer started operating, it has a garnered a reputation for itself in e-commerce space and currently stands at a valuation of $85 million.

Indianroots’ ambitious plan to broaden its range of products and add new categories such as jewelry, accessories and home furnishing to it expects to see the day of light when it acquires start-ups operating in these categories, which the company aims to acquire with the raised capital. If anything, this move will put Indianroots among the fore-runners of the fashion and lifestyle e-tailers with stiff competition against the likes of Myntra and Jabong.

Looking At Wider Margins For Profit

Rahul Narvekar, who has a degree in luxury brand management, having started fashion and you, another fashion and lifestyle e-commerce website, in the past, undoubtedly, has an eye for brands and their market value. As he puts it,”We are dropping the ethnic tag from Indianroots and becoming a pure Indian fashion led e-commerce since gross margins are at 50 percent in the fashion segment. Last year we had a turnover of INR 61 crore and we want to take it up 10 times to INR 600 crores.” 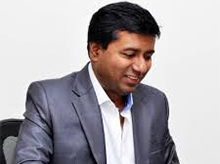 Indianroots is not the first e-commerce venture, NDTV has delved into; it has so far proved its seriousness in e-commerce through venturing in the field of food, auto and gadgets by signing non-biding agreements with some of the potential investors.
”We are now seeking cash funding from outside investors having incubated our digital business in areas like food, auto and gadget, to make it more transactional in nature, as we are serious about the business,” added Vikram Chandra, CEO, NDTV group.

Smallcase raises $40 mn from Amazon & others