This week witness a lot of funding rounds, 14 to be precise for a total amount of around $130 Million. HDM Global was the company which received most funding with $100 Mn, while Bonphul Air Product and Rocketium raised the least funds with $300K funding.

Below is a recap of all the funding news that happened this week :

LifeSight, an artificial intelligence-powered location intelligence platform based in Singapore, recently raised $2 million in a pre-Series A funding round led by shareholders of Provident Capital Partners, an investment firm based in Indonesia.

The funds raised will be used to grow its engineering and data science abilities at its Bengaluru development centre as well as expand operations in other Asian markets in the next couple of years, according to a statement released by the company.

The funds raised will be used to expand the company’s product portfolio and drive its sales and marketing network. Additionally, it is planning to boost its technology development and provide customized solutions for uses in various segments such as hospitals, schools and shopping malls.

Arzooo.com, a reverse auction platform, recently raised Rs1.5 crore in a seed funding round from Omphalos Ventures India. The funds raised will be used to develop the platform’s technology and expand its operations to the top most prominent cities in India by March 2019.

DheeYantra Research Labs, the company behind vernacular chatbot platform dhee.ai, recently raised an undisclosed amount of funding in a seed round led by Centre for Innovation Incubation and Entrepreneurship (CIIE), the incubator-cum-investment arm of IIM-Ahmedabad.

The funds raised will serve to strengthen the firm’s sales and marketing units while also investing on additional features such as improving support in additional languages for the Indian and overseas markets.

The firm is now looking forward to provide 50 fitness centres across India, and will aim to add an additional 5 every month.

The funds raised will serve the purpose of product development, technology, marketing and expansion of team in its areas of operation.

HMD Globals, the Finnish company that manufactures Nokia smartphones and feature phones has been successful in raising $100 million from investors to scale up its business operations and fund its growth. The round of investment was led by Geneva-based Ginko Ventures via Alpha Ginko Ltd. with participation from DMJ Asia Investment Opportunity and Wonderful Stars which is a subsidiary of FIH Mobile Ltd.

BetterPlace, an HRtech startup for the blue-collar workforce, recently raised $3 Mn in Series A funding led by 3one4 Capital. This round of funding also saw the participation of Venture Highway and Unitus Ventures.

The funds used will serve to add new solutions and expand the business in different verticals, for example, skilling, compliance and fintech services as well, in a bid to fortify its position as a single platform for the semi-formal workforce of India.

Milkbasket, the grocery and milk delivery startup, recently raised $7 million in a series-A funding round led by Kalaari Capital. This funding round also saw the participation of existing investors Unilever Ventures and Blume Ventures and the arrival of new investor Beenext Ventures. CEO Anant Goel announced that the funds raised will strengthen the startup’s technology, reach and abilities.

The funds raised will serve the purpose of expanding the company’s global reach by hiring sales and marketing executives and building a machine intelligence team to improve the video creation process.

ImpactGuru, India’s most prominent healthcare, nonprofit and crowdfunding platform, recently raised a $2 million in a Series A funding round co-led by Apollo Hospitals Group and Venture Catalysts. Existing investor, RB investments, a VC fund based in Singapore, also participated in the funding round along with India’s largest health-tech fund, Currae Healthtech Fund.

The funds raised will serve to scale the company’s crowdfunding in India by driving up sales and marketing. The startup is also looking forward to improve its technology, especially by developing its machine learning, big data, AI and local language support. 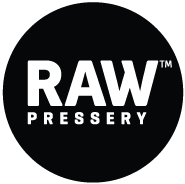 The funds raised will serve in expanding the company’s footprint across international markets. The beverage firm is also holding talks with its family office and institutional investors to raise an additional $5 million that will be added to the sum raised in this funding round.