Funding is a major part of a growth and expansion of the company, especially in case of startups. For startups, funding is the only source of motivation that can lead them to what they have planned and help them in the implementation process.

This week we witnessed many companies that raised a valuable amount of funds from various investors and also revealed their plans for the utilization of the funds so raised. The maximum amount was raised by Awfis Space Solutions that was $20 million, and the funding round was led by company’s existing investors global venture capital firm Sequoia Capital and The Three Sisters: Institutional Office.

So here we have the list of the top 5 funding activities that took place in the previous week.

WoodenStreet, a Jaipur-based online custom-furniture platform, has raised $ 1 million in Series-A round. The funding was led by RVCF (Rajasthan Venture Capital Funds), and the investment was overseen by Growth India Fund.

This round of investment gives the company an opportunity to expand in new business verticals such as complete Interior Design services. This will enable them in modernizing and digitizing every space by providing an end-to-end e-commerce platform that will not only facilitate custom-made furniture but also cover the interior design sector. 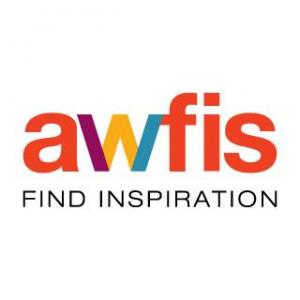 The funds raised through the latest funding round will be utilized for the expansion plans and the company will follow a managed-aggregation model approach to ensure better capital efficiency.

Awfis Space has now increased up to 25,000 seats across 55 centres compared to 5,800 desks across 20 centres in July last year.

LifCare which is a Healthcare start-up has raised $11 million in its Series B led by Saif Partners & Nexus Venture Partners.

The company now aims to become a one-stop place for chronic patients and raise awareness regarding the necessity of taking medicines to stay fit. Post funding, LifCare will be providing end to end services that chronic patients need to manage their diseases better.

Till now the startup has delivered only medicines meant for chronic illnesses to customers who take these medicines on a regular basis, with its infused capital, it will now look to expand further in Northern and central states of the country.

The company has plans to use the funds raised from the latest funding round to add leadership team in Bengaluru and also hire more engineering and sales talent. The company is expecting to hit an annual recurring revenue of $1 million by the end of this year.

Iqlect is also in the process of shifting its headquarters to San Jose, US, and is also looking to add go-to-market and tech talent in the US too. The company also has plans to bring in its proprietary NoSQL Database, BangDB, on a much larger scale by September. 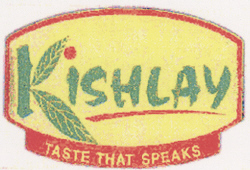 One of the leading snack food manufacturing venture Kishlay Foods announced that it has raised $15 million (Rs100 crore) in the latest funding round. The round was led by equity investment firm Norwest Venture Partners (NVP) and D.K. Surana, promoter of Intensive Software Services.

The funds so raised will be utilized in acquiring the existing business partners, and also to expand distribution in North and East India markets. A part of the funds might also be used to launch additional product lines and enhance the management team.

The investment is anticipated to boost up the growth towards building a powerful brand platform and capturing an increased share of the organized snack market in India.

Tencent-backed Yuanfudao near to close new Fundraising at $7.5 billion Valuation