Ultraviolette Automotive Private Ltd., a Bangalore-based electric bike company was allotted 3,848 equity shares of INR 10/- at a premium of INR 7,399/- in February according to regulatory filings. After which, Kumar Vembu’s founder of Zoho & Go-frugal Technologies invested INR 2.8 Crore in the company.

Back in December, TVS announced to have bought a 14.78% stake in startup Ultraviolette Automotive Pvt. Ltd. The company already tested three prototypes despite not launching any electric two-wheelers yet. It has already crafted its business model which projects the delivery of motorcycles by the end of 2018. They amassed a total revenue of INR 3.21 lakhs in 2016-17 and only generated INR 31,570 in 2015-16.

The automotive company believes in the future with clean energy and sustainable transportation. They realize that since cities will account for nearly 90% of global population growth, 80% of wealth creation and 60% of total energy consumption in the next 15 years, it is primordial to build an electric vehicle ecosystem for this urban environment. 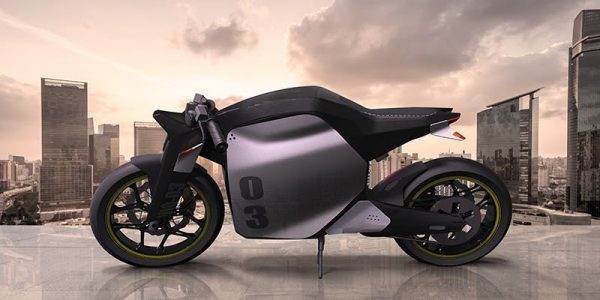 Ultraviolette wants to combine elegance, velocity, hope, and extravagance in one beastly machine.

Ultraviolette aims at creating and inspiring the future of sustainable urban transportation through Accelerated Innovation while developing systems and products that will reflect this progressive ideology. They produce design and technology with the intention of creating new dimensions in advanced engineering and enjoyable user experience.

Founded by Niraj Rajmohan and Narayan Subramaniam who are both BMS College of Engineering alumni, the two friends had the same interest in design, engineering, automobiles and the future of mobility, which developed in the setting up of the Ultraviolette Company. However, the two entrepreneurs don’t only see an electric vehicle company that sells the idea of moving green in Ultraviolette. Indeed, the company wishes to combine elegance, velocity, hope, and extravagance in one beastly machine.

The company started off by being completely self-financed and the two founders invested approximately INR 5 million to begin working on their prototypes. But the secret tool of the company is not the bike in itself; in fact, it is their battery management system and the network of energy management systems that will set them apart. They hope to provide their customers with the ability to charge their battery in the same way drivers go to a petrol station.

A 2016 report by Navigant Research states that global e-bike sales are expected to reach $24.4 billion in less than 10 years but India has undeniably no numbers to show on the subject now. Moreover, the number of electric bikes that could hit our roads in the next decade is very limited especially if it all depends on the implementation of a network of battery stations.

Temporal Raises $18.75M Series A from Sequoia Capital & Others