Editor Note: IPL8 comes to end with gaining in popularity, despite the betting controversies that rocked the tournament last year. But the man behind this idea still feels to do some innovations in the current format of  IPL to make a better and fresh approach towards its audience and most important popularizing cricket in other countries. Below we post Mr. Lalit modi views about IPL and where its stand for, have a look… 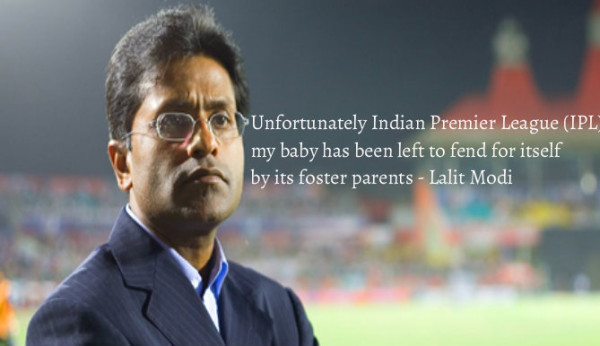 There comes a time in every product’s lifespan when it needs to reinvent itself. But, unfortunately, Indian Premier League (IPL), my baby has been left to fend for itself by its foster parents.

Over the last five seasons, IPL has tried nothing new and has not set any benchmarks for the rest of the world to follow. Instead what we are left with is more of the same. Every other innovation is happening either at ICC events or other leagues. I find it astounding that the league is being allowed to slip further by the powers that be.

No, zing bails! No innovation in television graphics! No new technology introduced to enhance the experience! Nothing.

Of course, the confusion over who is the IPL governing council chairman did not help matters. You needed a visionary like Mr Shashank Manohar or Mr Sharad Pawar to guide the league through troubled times, but less said about the choice the better.

Coming back to the innovations, even if IPL were not keen to try out something new, it could have at least shown the way forward to the ICC on how to globalise the game. After all the man, Jagmohan Dalmiya, who claimed to lead the ICC globalisation pitch, is heading the BCCI now. There should be some vision now.

What about allotting one associate/affiliate nation player for each of the eight IPL sides? That will be a step in the right direction as the league aims to regain lost credibility. The association has achieved a threshold in terms of popularity amongst Indian origin and Indian audiences. Now the league needs to strive for the next level, the world. 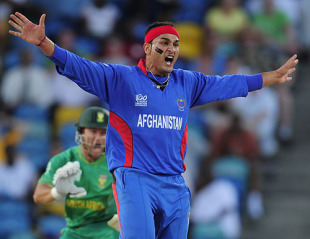 What stops the likes of Josh Davey, Paul Stirling, Kevin O’Brien, Mohammed Nabi from being part of the IPL?  Nothing,  except myopia. These players are made for the shorter formats – bat at a rapid pace, turn their arm  over, and field well.  Kevin O’Brien after all had the fastest hundred at the 2011 World Cup.

But somewhere because of lack of vision there is no support for these set of players. I would even suggest going  in for players like Paras Khadka, the Nepal captain who showed what he could do at last year’s T20 World Cup.  He is again an all-rounder who has proved his worth in the shorter formats. As I see more cricket action around  the world, I am convinced I  IPL is the best and easiest way to globalise the sport.

Khadka comes from a country like Nepal, which is crazy about cricket. There are full houses for matches featuring Nepal. But the world or should I say the evil axis at the BCCI just does not seem to notice that.

Do you remember the cartwheels of Hameed Hassan, the Afghanistan fast bowler at the World Cup? That guy is a  character; he is adored by his fans in Kabul and other Afghan cities. Now imagine Hassan in the IPL, what would it do fort the league in that part of the world. It will provide a balm to a nation nursing grievous wounds. Cricket can play a  peacemaker and IPL can be the medicine.

Sadly, yet again we have missed the woods for the trees.

Then there are the likes of Hong Kong, Papua New Guinea, Namibia, and Kenya among other Associate teams. They are all making some progress, but nothing is taking them to the next level. If a player per side is allowed, then these players can gain from the experience of playing with the big boys. Those players will go back and share their experience with the other cricketers in their nation. If cricket wants to grow, then this is the best way forward. But if cricket is happy stagnating, then the IPL itself may not last too long.

The only way IPL can last long is if itself manages to create avenues for the sport to grow; else the supply chain will dry up in a few years and we will be left playing cricket only amongst Indians.

(The article was first published on Lalitmodi.com)