Apple CEO Tim Cook has said he is very “bullish” and “optimistic” about India, a market where the company is bringing all of its “energies” to expand footprint. 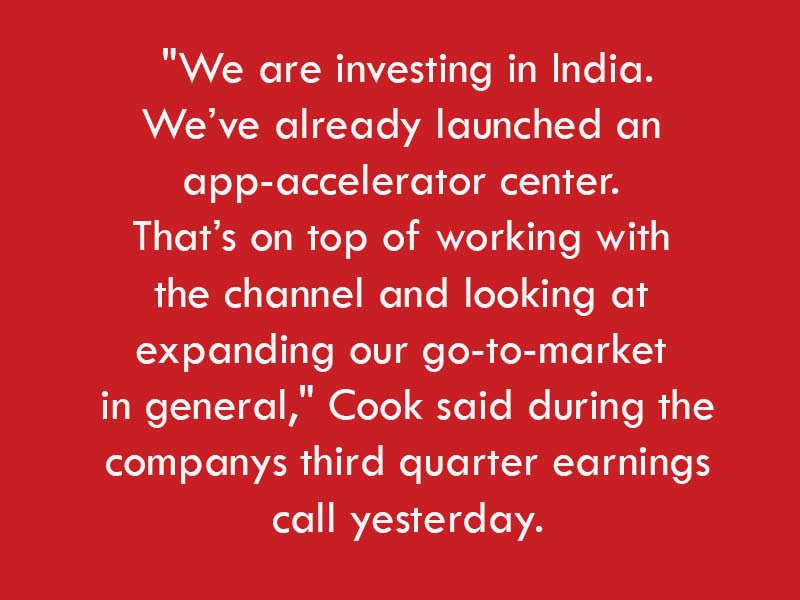 In response to a question on the companys thoughts about India, Cook said Apple has begun to produce the iPhone SE in India during the quarter and “were really happy with how thats going”.

“And so were bringing all of our energies to bear there; and so I’m very, very bullish and very, very optimistic about India,” he said.

Cook said he sees a lot of similarities between where the Indian market is now and where China was several years ago.

Apple had in May said that it began initial production of a “small number” of iPhone SE in Bengaluru and would start shipping to domestic customers. The Karnataka government had in February announced Apple Incs proposal to commence initial manufacturing operations in Bengaluru. The phones will be manufactured by Wistron, a Taiwanese OEM for Apple.

The App Accelerator in Bengaluru is an initiative that would provide support to Indian developers and enable them transform the design and performance of their apps on its mobile operating system iOS.

Cook was among a select group of CEOs who had met Prime Minister Narendra Modi in June in Washington during the Indian leader?s visit to the US capital for his first bilateral meeting with President Donald Trump.