WOW airlines, an Iceland based low-cost airline company is set to make its entrance in India with the cheapest American airline fares ever. The one-way trip will connect passengers from New Delhi to 15 North American cities and include a stopover in Reykjavik (Iceland) for only Rs 13,499.

WOW airlines were founded by entrepreneur Skuli Mogensen, who is a business mogul with background hailing from sectors such as technology and telecoms in Iceland, Europe, and North America. He owns the airline company all by himself and sits on the board of several tech companies in North America and Europe. Skuli was awarded Business Man of the Year in his country twice, notably in 2011 and 2016. 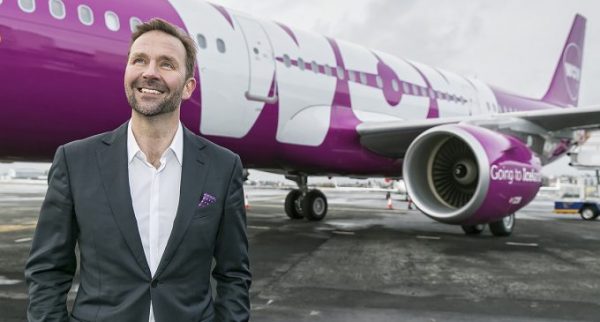 The airline company was founded in November 2011 and its inaugural flight took off from Iceland to Paris on May 31st, 2012. Barely a year later, in October 2013, the airline company was awarded the Air Operator’s Certificate (AOC) by the Icelandic Transport Authority, after catering for over 400,000 passengers. A year later, the company welcomed its one-millionth passenger. Ever since, it has expanded rapidly, now serving 37 destinations all over Europe, North America, and Asia and has stuck to its value of offering cheap flight deals to and from Iceland and across the globe. The company claims that its annual passenger number will cross the bar of 3.6 million this year.

Ever since its inception, WOW airlines expanded operations so fast that its even competing fiercely with Icelandair, a rival Iceland-based airline company that saw the day in 1937.

Talking about the competition with its local rival, Mogensen stated.

We will overtake them by next year in market share. 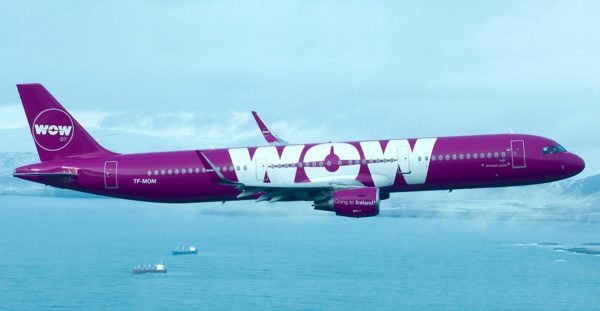 Now the airline company has set its eye on the Indian market and is looking forward to disrupting the aviation market the same way it did in Iceland; with cheaper deals. Indeed, the company will offer Indians with a one-way ticket for only Rs 13,499 and will connect passengers from New Delhi International Airport to 15 North American cities, notably, New York, Los Angeles, Boston, Chicago and Toronto. The trip will include a stopover in Reykjavik (Iceland).

The aviation company will begin operating in December 2018 as its still waiting to get slots at the Delhi airport. WOW is still holding talks with GMR to receive five slots weekly, and also wish to depart at around 6 am in the best case scenario.

“We are going ahead with the sales with the assumption that we will get the slots that we have requested,” said the CEO.

The company hopes to cater the 20,000 individuals that fly to and from India and North America daily.

We will be the first long-haul low-cost airline to fly in India. It’s a huge market with a huge potential. I think India is under-served when you look at flights between India and North America,

WOW’s offer four products, and the cheapest deal will not include check-in baggage and meals.

“Our target customers are smart travelers – people who are value conscious,” the CEO added.

The trip WOW will offer makes it a definite competitor with Middle-Eastern companies from Dubai and Abu Dhabi that operates a significant traffic from India.

We will offer a shorter total trip time than if you go to Dubai. Shorter flight time means less engine usage, less costs that translates into less ticket price. In our case, it takes 18 hours to reach East Cost (America) from India, including a two-hour layover in Iceland,

However, major concerns arise due to rising crude oil tariffs but Mogensen is confident that the service will remain as stated as long as the barrel of petrol does not exceed $100.

“Oil is last century’s commodity. We will be operating A330neos which are 15% fuel efficient (than the old engine) and will help in keeping costs under control. The other reason we can offer low fares is that we offer more services beyond selling seats. When someone comes to Iceland, we can offer best prices on hotels, car rentals, and restaurants. We will extract revenues from other sources,” he claimed.

However, the return tickets fly out of Reykjavik, Iceland, meaning that passengers will have a layover there on their way back to India. To cater passenger, the airline’s WOW Stopover feature was added to allow the passenger to layover in the country it is based in, therefore meaning a mini-holiday in Iceland is also possible. 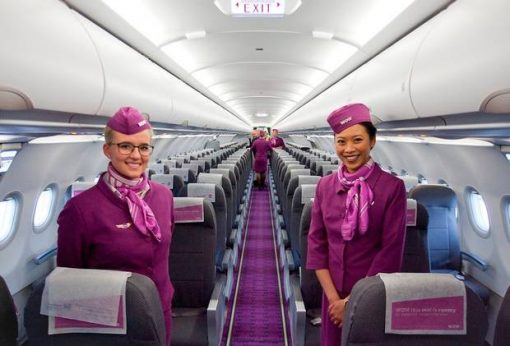 Other Tariffs From New Delhi to America

An economy class ticket to New York, USA, booked today on a popular travel-booking platform would cost passengers at least Rs 30,694 which is a 22 hr flight and will include 1 stop in the Middle-East. The tariffs from several different airline companies vary between Rs 30,000 to up to Rs 60,000 depending on the services and add-on provided. Trip duration usually vary between 19 hrs to 40 hrs and the flights usually have one stop in between except for a few of them.