After bringing a data boom in the telecom market with cheap offers and a lot of freebies, Mukesh Ambani led company Reliance Jio is now eyeing to expand in Europe. If reports are to be believed, the company is in plans to build a subsidiary in Estonia, a small country in Europe which is a prominent hub for startups owing to its unique digital policies.

IANS has reported that Ambani has interestingly shown interest in an e-residency programme of Estonia which will give him an easy gateway to European Estonia for his existing business. The report cited that Ambani met Estonian delegation and expressed intentions over a future collaboration that could boost e-governance solutions in India. 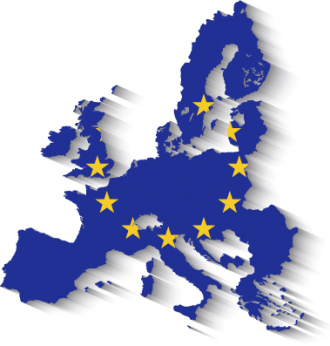 Estonia- A Business Opportunity for Reliance?

Though Estonia is a too small country for a company as big as Reliance to seize a significant business opportunity, yet it has created a unique digital governance system. It has made 99 percent of its public services available online round the clock.

The country has everything in store for budding startups that are driven to create a digital wave and carve out a niche for themselves in the technology influenced environment.

According to Mint Report, Reliance Industrial Investments and Holdings Ltd, an investment holding company and a wholly-owned subsidiary of Reliance Industries Ltd (RIL), will give a loan of Rs 12.20 crore (1.5 million euros) to the Estonian unit to begin operations.

Estonia says the e-Residency can stand for ‘Make in India & Sell in Europe’.

Firms that are set up under E-residency are considered independent EU companies and can run remotely from anywhere on Earth with low costs and minimal hassles. Moreover, they have access to an advanced and secured digital infrastructure along with all the tools required to grow globally. This is a lucrative opportunity for Indian entrepreneurs who want to expand their micro-business to the European market.

Under the programme, E-residents will be able to set up an Estonian company online within a day, while managing accounts and records, digitally signing and transmitting documents, declaring Estonian Taxes while sitting at any part of the world. Estonia’s E-residency programme came in December 2014 and at present has over 30,000 e-residents from 154 countries.

If things fall well in place, Estonia will mark Jio’s debut in European Market while offsetting its risks in the Indian telecom market where competition is stiff and margins meagre. Moreover, this will also help the company fight amidst waging price wars in India without getting bled.