India’s leading cab-hailing company Ola, run by ANI Technologies Pvt Ltd. has reported a phenomenal 70% jump in revenue in the year that ended 31 March 2017 as reported in its latest annual regulatory filings.

Ola is battling competition against San Francisco based cab hailing giant Uber which has expanded rapidly in India since it first launched its service in the country nearly five years ago. The interesting part is that both these companies e backed by Japanese conglomerate SoftBank Group Corp.

The latest numbers are indicative of the fact that Ola has managed to hold its worth against Uber in India over past 18-24 months, a brief period when it lost its market to the US-based company.

Cab-hailing services, such as Ola and Uber Technologies Inc., generate revenues from the commission that they charge drivers.

Ola and Uber: Who will win in the Indian Market? 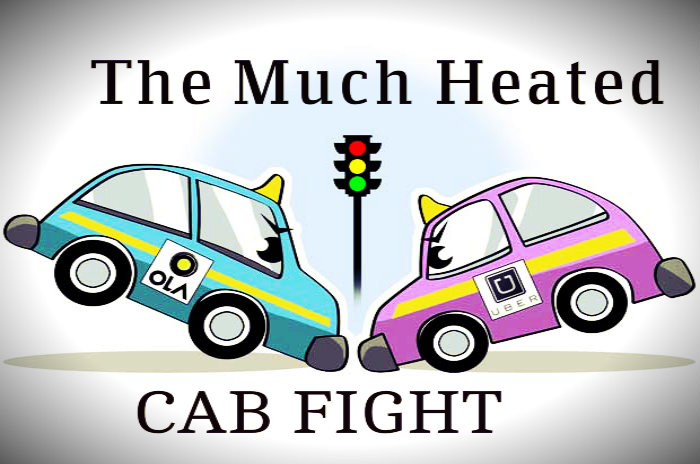 It is noteworthy to know that cab riding services like Ola and Uber generate revenues against the commission that they charge drivers.

Both the cab aggregators are fighting a head-on rivalry as to who is bigger and how much of the market they control. On one side Uber claims that it is bigger than Ola, while Ola says that Uber is less than half of its size.

While there is no definitive record to ascertain these claims, yet company officials at both the firms have indicated that Ola still remains the dominant leader in the Indian market.

Earlier Pixr8 had reported that Ola will set up a holding company consisting of different units that will include its core cab business, food delivery app Foodpanda and the inceptive business of electric vehicles along with the international unit. Each of the units will have their respective heads looking after business operations.

Meanwhile, the Indian cab hailing firm is also eyeing investors to raise at least another $1 billion. Ola has so far raised at least $2.6 billion over the past five years from a clutch of investors, such as SoftBank, Sequoia Capital, Accel Partners and DST Global, even as it continues talks to raise more funds. Its current market valuation stands at $4 billion after it raised funding from China’s Tencent Holdings and SoftBank.

How Businesses Can Help Their Customers Find The Information They Need