The online hospitality service provider OYO seems to be on an expansion spree. Soon after spreading its footsteps in countries like China, the company has landed in London and already begin with the operations.

The Softbank-backed firm has been offering bookings in Sussex Gardens, Paddington, London. According to the reports, an OYO Townhouse property in London was seen recently. After foodtech unicorn Zomato, it is said to be the second Indian startup to have expanded to London.

However, there is no option to book a hotel at the previously mentioned property through the app or website, it is being guessed that the pricing would be in the range of Rs 6,500 to Rs 8,000. 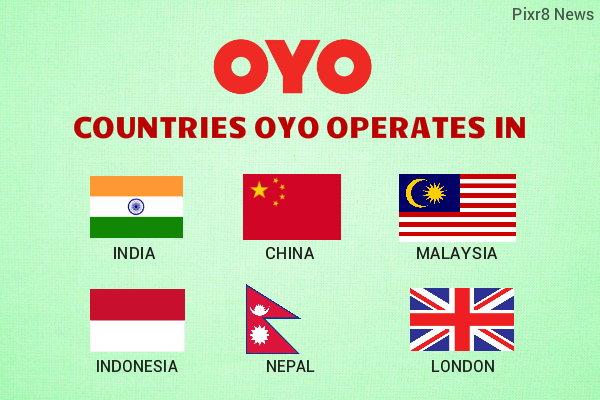 Currently, OYO claims to operate 8,500 hotels and 70,000 rooms over 230 cities in India. As of now, it has raked in about $442 million risk capital from likes of Softbank, Sequoia Capital, Lightspeed Venture and Hero Enterprise amongst others.

The hospitality company was expecting to build up its business in Indonesia, the UK and Europe for the next 12 to 18 months, and a month ago, the company had clearly stated its aspirations to reach Europe, starting with London. It had started its operations in Dubai and China in May 2018. The company claims that it has its existence in over 26 cities in China after launching in Dubai, Nepal, Thailand and Malaysia.

Apart from this, OYO was eyeing to raise $500-$800 million funding from SoftBank Group, after its previous funding round of $250 million led by SoftBank Vision Fund last September. The hotel chain is growing rapidly in terms of international expansion, with a market valuation of $850 million, and it may soon enter the Unicorn club if it keeps the pace.