Comio, a Chinese smartphone maker is set to invest over Rs 500 crore in India until the end of the year, according to a statement released by a senior official.

Half of the proposed amount will be spent in marketing and advertising, while Rs 150 crore will be poured in research, development and `manufacturing. Rs 100 crore will be used for sales and distribution in the Indian mobile phone market until December 2018, according to Sanjay Kumar Kalirona, CEO and director of Comio India.

Comio is the daughter smartphone company of Topwise Communications and saw the day in 2015 in China. The company began its operations in India on May 2017 and launched some of its products here since August last year. The smartphones will step into the highest growing segment of the smartphone market, which is the mid-level segment, with prices ranging between Rs 6,000 to Rs 12,000 and forecasts owning 10% of the mid-segment category in the Indian mobile market by 2018-19, according to Sanjay Kumar Kalirona. 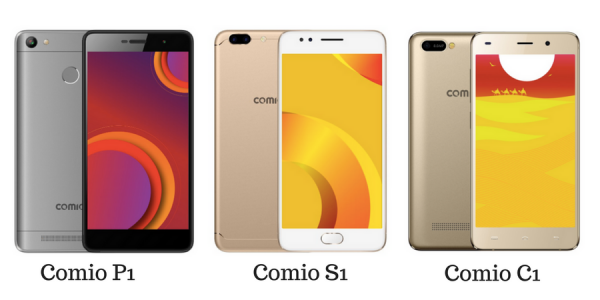 Comio manufactures its products via third-party contract manufacturers and will, therefore, support the Make in India campaign for the company will initially rely on Indian manufactures to provide the smartphones. However, Comio is looking forward to set up its own manufacturing quarters this year and will begin R&D this quarter only, Kalirona said.

Comio smartphones enjoyed success-laden spells in Northern and Western markets of India, selling almost 6 lakh units in its first seven months of activity. Therefore, the company is willing to expand its business reach into the Southern and Eastern markets as well by May end, Comio India CEO shared. He added that this will grow the brand’s presence all over India.

The launch of its products in significant cities such as Kolkata, Patna, Bhubaneshwar, Guwahati in the East and Hyderabad, Chennai, Bangalore and Kochi in the South will determine the company’s future in India.