While the venture capital industry is rapidly thriving, still we see women seeking struggle with raising funds or left behind the boom because of hidden prejudices, gender bias and general unawareness. And a recent report of low-brow behaviour by high profile investors towards women makes it all of it more important to understand where women founders stand when it comes to fundraising.

It is a little disappointing to note that companies with at least one female founder recorded a growth of 9 percent in 2009 to 17 percent since 2012 – a figure that hasn’t changed much even after 5 years.

2017 was a remarkable year for venture capital industry but if we come to women fundraising scenario, the stats go like this.

For the first two quarters in 2017, startups with female founders raised $332 million in seed investment. Till date, about $6.5 billion has been invested in women-found companies. 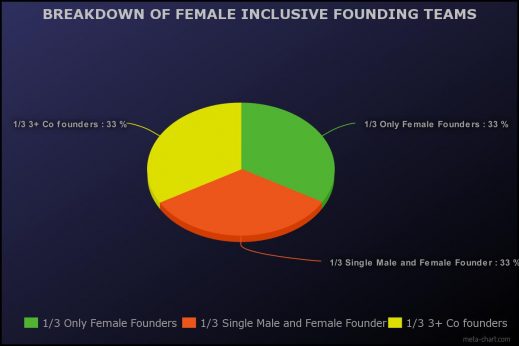 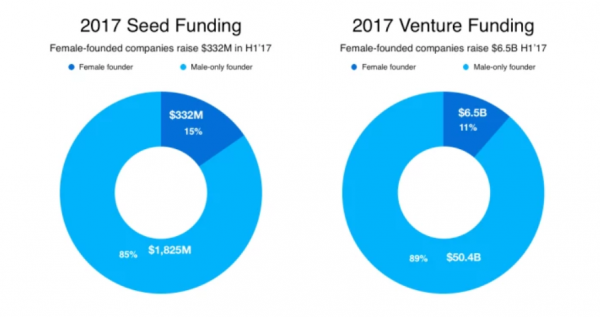 What are VC’s not investing in Female Led startups?

What is it like to be a women entrepreneur struggling to raise money in the otherwise male-dominated venture capital industry? This is a question that Katherine Hays, CEO and co-founder of venture-backed ad tech startup, Vivoom is often asked.

Hays ran her first startup, Massive Incorporated, a video game advertising company via raising multiple rounds of funding before selling it eventually to Microsoft for a reported $200-$400 Mn.

“Usually I am the only woman in the room, but I have no idea how much of a disadvantage that is because I don’t know what it’s like to be a male looking for funding. Male VCs — and obviously most are — are very comfortable now giving female entrepreneurs capital for ‘girl stuff,’” she says. “Want to rent dresses or sell baby wipes as a subscription? No problem. The VCs ask their wives or girlfriends if the idea is cool, and they’re good to go.” 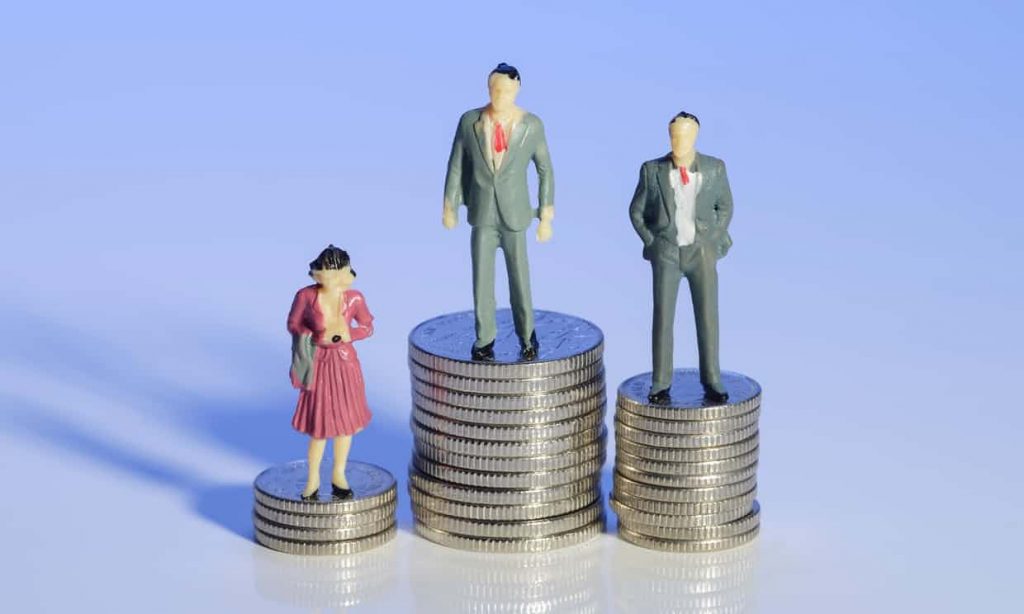 Startups founded or co-founded by women receive fewer investments than men but the good part is that they generate higher revenue as compared to their male counterparts, revealed a BCG Report.

Investment led by male entrepreneurs averaged 2.1 million which is just double the average 935,000 invested in companies founded by women.

“The investment gap is real and larger than we thought,” the report noted. However, despite massive disparity in funding startups led or founded by women generate 10 percent more in cumulative revenue over a five year period.

According to the research, women, entrepreneurs receive a less warm response as compared to males when they pitch their ideas in front of investors. Speaking of actual stats, for every dollar of funding, women-led startups generated 78 cents, while male-founded startups generated less than half of that- just 31 cents.

Businesses founded by women ultimately deliver higher revenue – more than twice as much per dollar invested – than those founded by men, making women-owned companies better investments for financial markets.The disparity in funding is not due to qualitative differences in pitches or underlying businesses. Our results strongly suggest that gender plays a significant role.

The report published by a US-based global network, MassChallenge partnered with BCG offers start-up businesses access to mentors, industry experts and other resources and analysed five years of investment and revenue data to come with the conclusion.

In a Knowledge at Wharton article exploring the reasons why women-led startups lack VC support, the writer writes:

One explanation is that women don’t start businesses that look like typical VC-backed businesses. Women-founded businesses tend to be smaller and in lower growth industries like retail or food, rather than technology. (Vivoom’s Hays is a case in point.) Of the women who do start businesses, there is evidence that suggests they are less apt to ask for things like venture funding — which obviously results in them receiving less. According to a Kauffman Foundation survey of nearly 350 female tech startup leaders, 80% used personal savings as their top source of funding in starting a new business.

While moving forward, we also witness that women often do not possess the same network and contacts when compared their male counterparts. To raise funding and find success, a large shift is needed on how women-led startups are viewed.

And the very first step in this direction includes diversifying the startups that are considered “acceptable” for females and not just limited to apparel, childcare, fashion or beauty industry. It is thus very important to have women involved beyond innovation stage in order to increase their role and promote diverse, innovative, and inclusive startup culture to bring in gender equality.