While the SoftBank Group has recently backed Indian cab-aggregator giant Ola, and the San Francisco based Uber Technologies faces internal crisis at its headquarters, it has found some considerable growth in India.

It was recently that the global player Uber announced its completion of 5 billion trips worldwide, it said it has also achieved 9.4 millions trips a week in July. In August last year, Uber was clocking 5.5 million trips a week. With this surge in trips, Uber appears to be fast narrowing the gap with Indian rival, Ola — although analysts estimate the Indian company with its higher average fares still has an edge in terms of revenue. 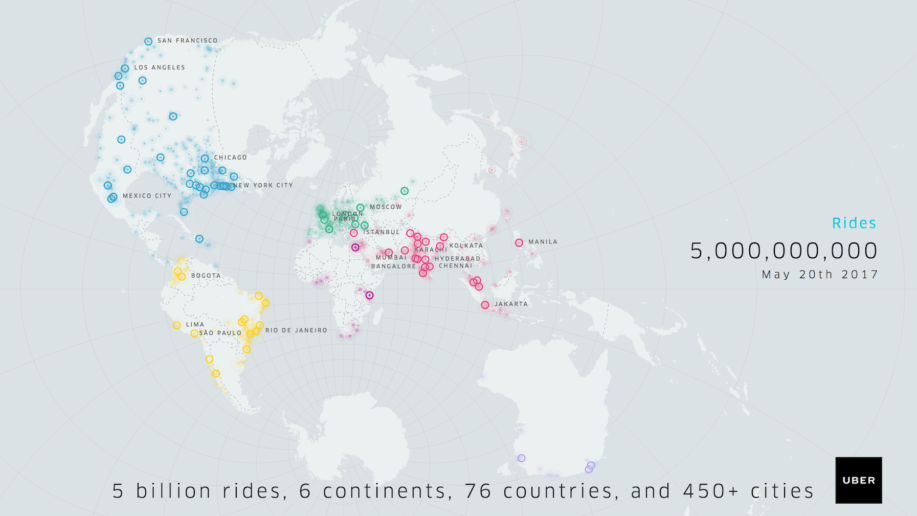 While Ola refused to share its numbers with when asked by ET, Uber said that it has handled 1.3 Millions rides a day in July across the country (in 29 cities) that includes its shared rides as well.

“In the last 12 months, we as a firm have been focused towards driving efficiencies and improving the overall product experience, while strengthening our engagement with riders and driver partners across the country,” an Uber spokesperson said by way of explaining the company’s growth in India.

“Ola continues to be the market leader in the ride-sharing industry. We are constantly growing our wide range of made-for-India categories… across and beyond the 110 cities we are present in,” Ola’s spokesperson told ET.

According to research firm Red-Seer Consulting, both cab hailing applications have reduced driver incentives by 30% to 40% in the quarter ending March 2017, the cut was apparently done to focus on unit economics.

“Together we see that both Ola and Uber are doing around 70 million trips a month. Even though Uber is prevalent in 29 cities and Ola in 110 cities, a majority of their trips come from the top 30 cities and they contribute 90% to 95% of the both the companies revenues.”

“Delhi alone is contributing 10-12% of the trips, followed by Mumbai, Bengaluru, Chennai, Hyderabad and other cities.”

“A vertical that is working for both the companies is the car pooling features UberPool and Ola Share, that individually contribute to 25% of both the players rides,” said Jaspal Singh, partner at Valoriser Consultants.

While the company has recently seen bad days such as the lawsuit filed by Benchmark Capital, after Travis Kalanick being stepped down from the company, these numbers must’ve motivated them and be a reason for celebration.

Ways to Earn Extra Money in the Post-COVID Era