Last week, President Donald Trump directed attacks on Amazon in a tweet stating his disappointment that the e-commerce giant does not pay sufficient taxes. Since 2015, Donald Trump has expressed his contempt towards Amazon and its CEO Jeff Bezos around a dozen times on the micro-blogging site. Trump’s disdain towards the e-commerce giant is often attributed to the negative articles written against the US President in ‘The Washington Post’, which is owned by CEO of Amazon, Jeff Bezos. For this reason, many individuals wonder whether the statements made by the US President are accurate or just “impulsive.”

In fact, while it is quite hard to believe, Amazon does indeed pay almost no tax at all in the US. It is very surprising that Amazon lawfully avoided all sorts of corporate taxes despite boasting the highest valuation for any company in the world standing presently at around $700 billion.

Amazon paid zero federal taxes in 2017 and has been exempted from paying additional tax at a state and national level. Last year, Amazon generated $5.6 Bn of profits globally and is on the verge of becoming the first ever trillion dollar company as well. Its CEO, Jeff Bezos is currently the world’s richest person with a net worth exceeding $100 Bn, a first in history, and is most probably going to remain it this comfortable seat for many years to come. 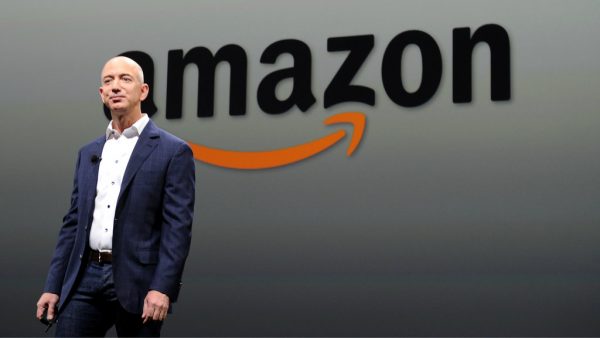 Amazon’s CEO is the richest man in the world

The fact that they pay little to no tax at all is owing to “various tax credits and tax breaks for executive stock options” which is very astounding since Donald Trump’s corporate tax bill did not yet come into effect. According to statistics, the new bill will allow Amazon to claim an additional $789 million of benefits. Another surprising stat is that Amazon is currently paying a lower rate than other businesses. For instance, the corporate bill took the tax rate from 35% to 20%, but Amazon has only been paying 11% in taxes for the last five years.

Avoiding tax is not uncommon for Amazon and several other multi-billion companies, but Amazon has been able to maximize profits while legally avoiding taxes at various levels. For example, Amazon has been using several local, state and federal tax laws to its advantage while avoiding revealing its revenues as much as they could. Most of the tax Amazon has paid so far was only to avoid bad press.

In fact, one of the strategies employed by Amazon to avoid paying tax was to find and exploit tax loopholes. For example, Amazon’s headquarters was originally planned to be located on a Bay Area Native American Reserve, as Bezos knew that the company would receive substantial tax breaks from California. Unfortunately for the rich CEO, the deal fell through, and he had to settle for Seattle. However, this setback did not deter the company from pursuing its tax-free strategy, and reports emerged suggesting that Amazon even distributed color-coded maps to its employees showing them where they could travel within American without drawing attention from tax collectors.

Furthermore, Amazon has only collected sales tax from all 50 American states since April 2017, which is surprising for a company that went public two decades ago. The biggest surprise is that Amazon even conducts auctions before establishing bases in certain localities. For instance when it was on the look-out for its first headquarters, Philadelphia offered $3 billion, Montgomery County and Maryland proposed $5 billion, while Newark and New Jersey bid $7 billion. It is very disturbing to realize that Amazon got so big in America that it creates competition between cities whereby they offer billions of dollars to the e-commerce giant to entice it to establish its headquarters in their respective localities. 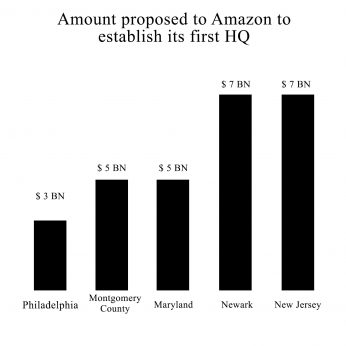 Of course, those mayors and governors do see some profits in welcoming Amazon to their cities. For example, it provides good infrastructure to the local inhabitants and high quality jobs. Yet, by looking at the current Amazon tax schemes, the governors might be very mistaken. Indeed, there will be a hike in in well-paid jobs and non-tax-avoiding Amazon employees, but they will not receive any return of investment from the company itself.

Moreover, while Amazon’s headquarters is located in Seattle, their European base is located in the small country of Luxembourg, which boasts a population of less than 600,000 inhabitants. Last year, Luxembourg officials defied a court order from the EU accusing the country of giving special treatment to Amazon and ordered the country to recover $295 million in back taxes, according to Reuters.

Another new release stated that the European Commission’s inquiry revealed that the Luxembourg Government provided “undue tax benefits” to Amazon, thus permitting the e-commerce giant to be liable to “substantially less tax” than other businesses, an illegal act in the European Union.

To conclude, it is understandable that Amazon wants to maximize its profits, since it has rarely ever been profitable, and Bezos’ strategy is to keep fueling investment in an effort to keep growing the company instead of wasting it by paying taxes and dividends. But is it fair to all the Americans and American businesses with considerably less money to pay taxes from the little they own while Amazon and its deep pockets don’t? I think not.