An army of Chinese government blocks and filters some of the most popular websites in the world. Besides the world’s most popular American-video sharing website YouTube and Alphabet Inc’s Google, even Twitter and Instagram are blocked in China.

China has 731 million internet users which have really tight restrictions around them. During the Communist party in October, China cramped up its online crackdown, blocking American service- Whatsapp and pornographic websites like hdtubemovies in an effort to eradicate pornography. They have also clamped down VPNs (Virtual Private Networks); which were commonly used back then to get around the Firewall of China by Chinese users.

The strictness in the Chinese air can be sensed as even when some memes of depicting Chinese President Xi Jinping and Winnie the Pooh resulted in the ban of cartoon character in China. Have a look: 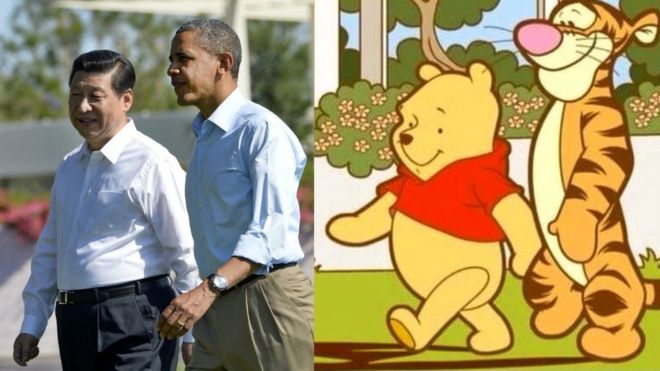 According to the sources at least 50,000 people are employed by Chinese government that filter out the content that Chinese government disapproves of, along with an ‘Army of Social Media influencers’ that post around 500 million pro-government comments every year.

Even China was the world’s worst abuser of internet freedom as per the research by Freedomhouse. View the report below:

The list doesn’t end here. Even the one of world’s most popular business and financial news website Bloomberg is blocked in China after it published a story about the wealth of Vice President Xi Jinping’s extended family.

China also blocks Google Drive (all Google services including- GMaps, Google Calendar, GMail etc.) and Dropbox; so you cannot even upload your trip’s photos on cloud to make sure they are safe!

With these restrictions on the Internet usage, China puts a control on Innovation, ideas and freedom of speech. Although China has similar apps/websites for everything that is popular, but if you are visiting the country, be ready to be cut-off over internet from the rest of the world!