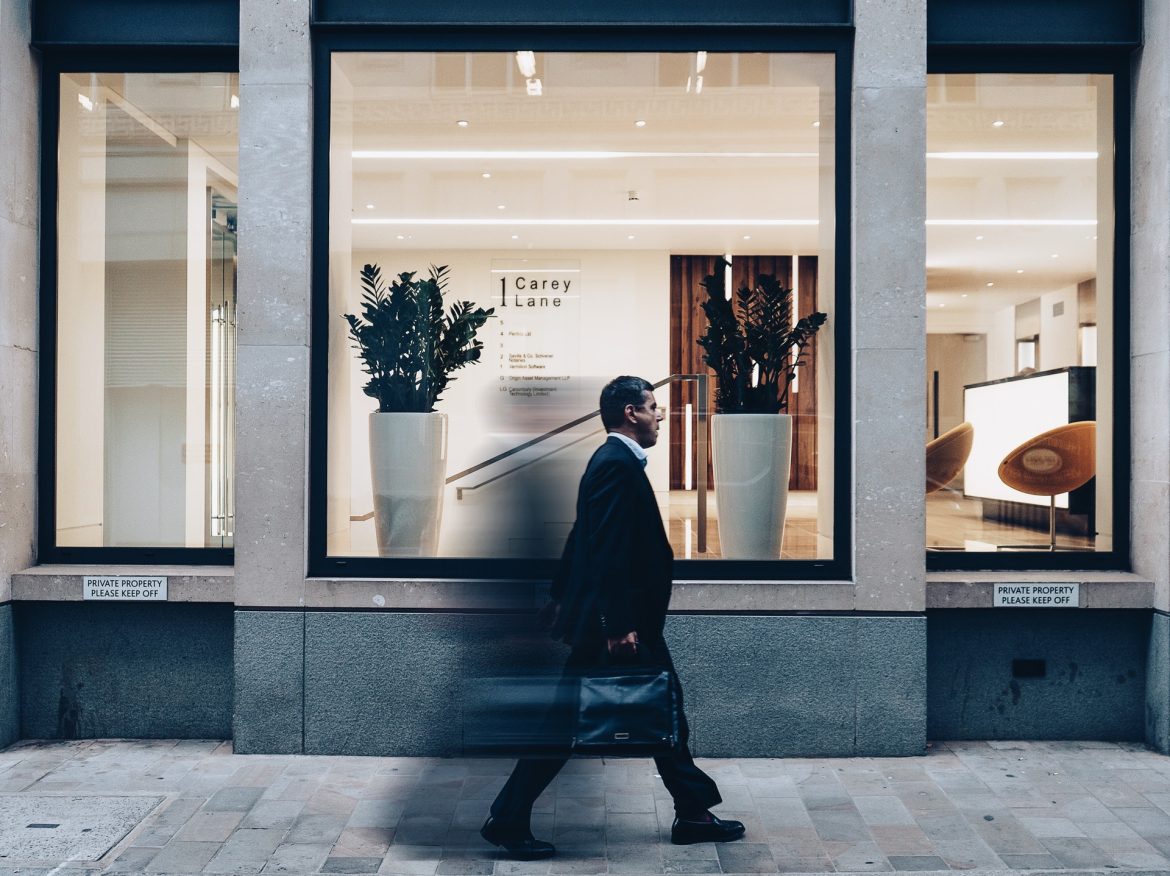 Startup is a risky business. ‘The million dollar idea’ alone won’t suffice. One has to have better understanding about the customer targeted, and how to reach out to them; followed by extensive planning and then finally, an eventual place for the launch of your product(s). It’s very important that one finds the right city according to his or her startup’s requirements.

For those who are having a little trouble in choosing the location of your base for a startup, we have a guide that might come in handy. Here are the top cities to consider before you decide:-

The capital Of India, Delhi is the largest commercial center in North India. It has always been a traders’ hub and a crucial source of procuring raw materials. Across the National Capital Region, Industrial expansion is taking place at a great rate.  Delhi NCR hosts a large number of businesses in different industries including e-commerce, education and healthcare.  Some of the notable examples are Paytm, Healthkart and Zomato.

Next is Bangalore; the Silicon Valley of India. It is the nation’s largest IT services exporter with a high density of investors. While many well established companies like Flipkart and Myntra were founded in Bangalore, FreeCharge, Ola and many others have shifted their base to this city owing to its low real estate cost and fast growing startup ecosystem. Home to IIT and IIM, who wouldn’t want to start a business with the country’s best skills around it? Not to mention, Bangalore is also known for its night life for you to unwind after a long day of work, along with a pleasant climate and relatively cheaper real estate.

The City of Pearls, Hyderabad has good infrastructure along with well-educated young professionals and government sponsored incubators. Low cost of living is a significant attraction for entrepreneurs to start their business in Hyderabad. The city is home to MNCs like Facebook and Microsoft, which have their main campuses in Hyderabad.

Mumbai is India’s commercial and financial capital with big players like Tata Group and financial organizations like RBI and SBI. The most populous city in the county, it assures a large percentage of workforce. Mumbai has a strong presence of business communities and is a vital gateway to nation’s imports and exports. The success stories of the city of dreams include – Housing, ClearTrip, LightBox, Matrix Partners among others.

Lastly, the Detroit of India, Chennai, is known for its automobile industry. Ford, BMW, Hyundai and Mitsubishi have automobile plants in Chennai.  However, the city is opening more business centers belonging to another industry; it is fast turning into a Software sector as a Service (SaaS) hub. ZOHO, Freshdesk, Unmetric and InterviewStreet are some of the examples. A LinkedIn report has shown that the city has attracted a significant percent of new tech talents.

Let’s move on to the Tier 2 cities that are naturally blessed with a lower cost of living as well as hiring employment. This is a major reason why entrepreneurs and investors have been flocking to these cities, in recent times.

According to JLL’s CMI (City Momentum I), Pune is the fastest growing city after Bangalore and Hyderabad, in the Asia-Pacific region. Formerly, prominent for its military foundation, Pune is a host to many renowned universities like MIT and Symbiosis Institute of Management. The State Ministry of Maharashtra has made an assurance that by 2020, Pune will be the startup hub, replacing Bangalore from the top position. The Smart City Corporation of Pune has also opened a new division, called PIFF (Pune Idea Factory Foundation) who’s only duty is to manage the city’s startup requirements. Pune offers a suitable weather and various opportunities in automobiles, production and IT.

The Pink City has been an attraction for venture and angel capitalists. It is an aggregation of artistic talent, rich heritage and a strong base of early adopters. Being in close proximity to Delhi is a great advantage as it more than doubles the market for startups in Jaipur. Satyam Mishra, the founder of UrbanDhobi, which is an on-demand laundry service in Jaipur, said, “In the last two years, the startup ecosystem has rapidly evolved in this city. There are a lot of potential upcoming startups that have raised their seed funding and are building good business models”. It is one of the biggest tourist magnets yet it remains half or one third as expensive as larger metro cities; with strategized government schemes and co-working spaces like Wired Hub, Think Space and Suits Café; Jaipur has seen a significant development and can progress to become the next big hub.

Situated in the heart of Northern India, Chandigarh is sprawling with beautiful lawns and scenery; but it is not just a picturesque location but a fast growing startup city, also. The city is the education centre of the area and the presence of multinational schools and colleges attract people from Himachal Pradesh Haryana and Punjab. It is known to offer a high quality of life with less pollution and crowd along with high technological talent. Samar Singla is the owner of Jugnoo, which is an on-demand autorickshaw ordering service based at Chandigarh. He was quoted saying, “metro cities have already become so crowded in terms of startups that you can’t actually test your product and see the traction in its truest sense. People have already become overloaded with information on so many startups.” And this is the reason why he prefers Chandigarh over Delhi or Mumbai as he believes that it is better here for vetting the tractions for his target audience. 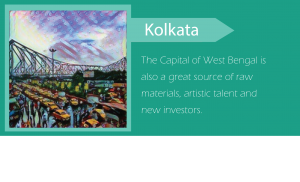 Though a late bloomer, the capital of West Bengal, Kolkata’s startup culture has matured. Anil Chhikara, Principal at Jaarvis, told Entrepreneur India, that earlier, he assumed, that Kolkata lacked in startup culture as well as angel investors who were actively engrossed with startups. However, he only he was surprised when experience proved him wrong. The City of Joy, is overflowing with educational prowess considering highly regarded universities like IIM and NIIT are situated there. Sasha Mirchandani, an investor and founder of Kae Capital was inspired by the progress he saw in the start-up ecosystem here. He said that, “Although I have not yet invested in any start-ups from this city, if a plan catches our eyes we would be happy to go forward. However, it is amazing to see the growing number of investors and entrepreneurs”. He further went on to say that the market was about to explode in three years, in Kolkata. 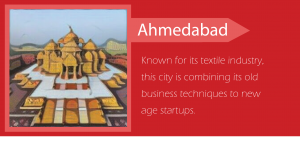 A city is renowned for old Gujarati businesses but not for startups; however, recent times tell a different story. Ahmedabad was the launch pad for well-funded startups like Trukky and Wwhere. It is also home to more than 10 co-working spaces like Daftar, LiveSpaces and Working Company. In 2014, Ahmedabad was recognized as one of the five upcoming start-up hubs by NASSCOM Startup Landscape Report. As a city, with fresh off the boat, artistic talent, there are high chances of design oriented startups to do well. CEO of Wwhere, Ritam Bhatnagar, said, “…local investors play a very important role in creating an ecosystem in a region. For a startup, it is very important that their early investors have an understanding of their day-to-day operations. This can only happen when a local investor champions a local startup. Also, a local investor understands the local market, bringing both credibility and connections- which are highly valuable to nascent ventures.” Seeing the growing startup culture in Ahmedabad, one can be certain that if entrepreneurial DNA matches with newer mindset, this city can do wonders.