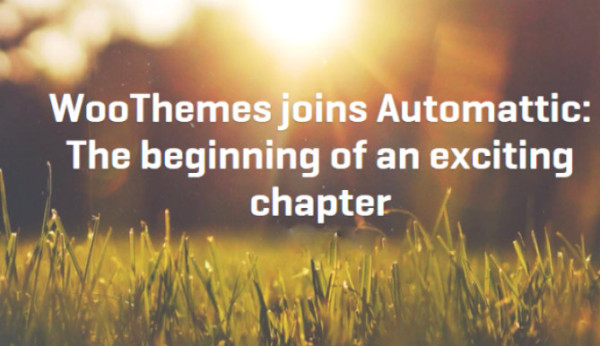 WooCommerce a WordPress plugin that lets site owners turn their self-hosted WordPress website into an online store acquired by Automattic, the company behind WordPress.com .

The entire 55-person Woo team will join Automattic. According to a blog post by CEO and cofounder Matt Mullenweg, this will bring Automattic’s total headcount to 370 people, distributed across 43 countries.

Matt wrote in his blog,

For years, we’ve been working on democratizing publishing, and today more people have independent sites built on open source software than ever before in the history of the web. Now, we want to make it easy for anyone to sell online independently, without being locked into closed, centralized services — to enable freedom of livelihood along with freedom of expression.

It’s not a new idea: at a WordCamp a few years ago, someone stood up and asked me when we were going to make it as easy to create an online store as we’d made it to create a blog. Everyone applauded; there’s long been demand for better ecommerce functionality, but it’s been outside the scope of what Automattic could do well.

That changes today — drum roll — as WooCommerce joins the Automattic team to make it easier for people to sell online. Along with Woo’s announcement, here’s a short video explaining more:

In the past few years, WooCommerce really distinguished itself in its field. Just like WordPress as a whole, it developed a robust community around its software, and its products meet the needs of hundreds of thousands of people around the world.

Woo is also a team after Automattic’s own distributed heart: WooCommerce is created and supported by 55 people in 16 countries. Added to Automattic’s 325 people in 37 countries, that’s a combined 370-person company across 42 countries — the sun never sets.* I can’t wait to meet all my new colleagues.

Just like us, the vast majority of WooCommerce’s work is also open source and 100% GPL. And just like WordPress, you’ll find WooCommerce meetups popping up everywhere, from Los Angeles to London, and its global and community-focused work together to make the users’ experiences the best they can be. 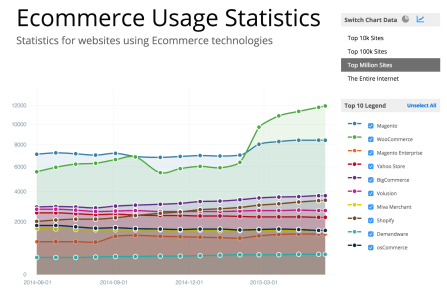 The stats are impressive: the WooCommerce plugin has over 7.5 million downloads and a million+ active installs; Built With’s survey of ecommerce platforms shows Woo passing up Magento in the top million, with about triple the number of total sites. Even a conservative estimate that WooCommerce powers 650,000 storefronts means they’re enabling a huge number of independent sellers. They’ve added a tremendous amount to the WordPress ecosystem (alongside everyone else working in this area).

WordPress currently powers about 23% of the web. As we work our way toward 51%, WooCommerce joining Automattic is a big step opening WordPress up to an entirely new audience. I can’t wait to see how much more we can build together.

Note: If you are using Woocommerce as a plugin for your website then read the details related to WooCommerce and Automattic deal here