Meituan Dianping, a Chinese mobile internet company also operating a trading platform and local life information recently acquired Mobike for $2.7 billion. Tencent Holdings support both companies and the deal is likely to increase the competition between the holding company and the Alibaba Group as both companies go toe-to-toe in a fierce competition to maximize their reach on the Chinese market.

Meituan announced the deal on Wednesday but did not want to reveal the amount paid for the acquisition. However, two anonymous sources told Reuters that Mobike was bought for $ 2.7 billion.

The acquisition will see Meituan and Mobike merge their technology, operations, marketing and consumer service resources, a statement from Meituan affirmed. The mobile internet company also shared that Mobike will remain a separate brand despite the acquisitions and there will be no major change in the current management team.

The deal is a good news for both companies backed by Tencent, the Chinese gaming and social media giant. Mobike is facing serious competition with Ofo, a firm backed by Alibaba. The latter can also rely on the ride-hailing firm Didi Chuxing market to grab additional shares in the transport market.

Mobike and OFo have received several rounds of funding these past few months, raising hundreds of millions of dollars spent heavily on subsidies in an attempt to win over the Chinese and overseas markets while hoping it would kick their competitor out of the landscape. 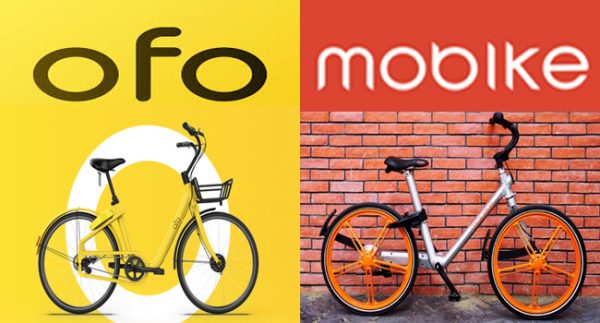 The competition between ofo and mobike is fiercer than ever!

For example, with a funding round received by Tencent worth $ 600 million back in June, Mobike expanded its services internationally in Singapore, the USA and the UK, among others. On the other hand, Ofo received a funding worth $866 million this month from Alibaba. Both companies presently boast a user base of 200 million globally.

“[We] need to be more soberly aware that the competition Mobike is facing is becoming increasingly fierce,” said Mobike executives in a letter to its employees.

The acquisition will allow Meituan to improve its services in the on-demand sector which is a strategy adopted by Alibaba-backed services as well. Indeed, the acquisitions made by Jack Ma’s company is integrating aspects of their payments and apps to link their various services including ticketing, bike sharing, ride-hailing and food delivery. For example, after acquiring Ele.me, Meituan’s rival, Alibaba announced that it would take over the full control of the Chinese food delivery platform. Didi Chuxing, another Alibaba-backed company began integrating Ofo’s services on its own platform by launching its very own brand of sharing bicycles.