Kishore Biyani-led Future Group’s subsidiary ‘Future Lifestyle Fashions’ is reportedly acquiring a considerable stake in the popular fashion retailer ‘Koovs’. The business magnate will take over 29.9 percent stake in the fashion firm for about Rs 140 crore.

This particular move will make Future Group the largest stakeholder in London-listed e-commerce company Koovs. According to the reports, the fashion company will first issue 57.87 million new shares that account for a 24.8% stake to Future Lifestyle Fashions at 10 pence apiece in cash, raising around $7.6 million. 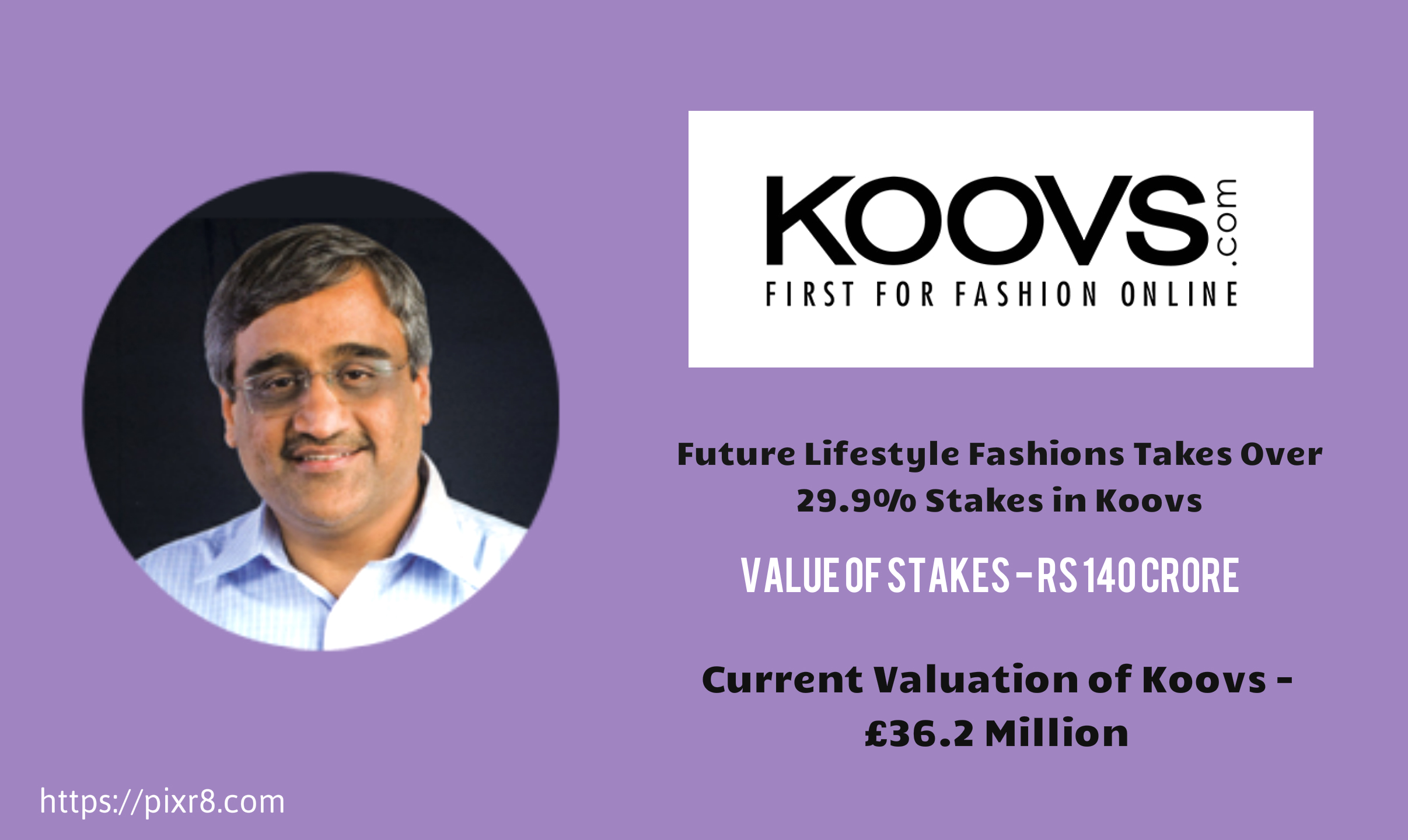 In this regard, the company stated, “The board of directors of the company in its meeting held today has approved the proposal to invest an amount up to GBP 15.3 millions in one or more tranches by way of acquiring of or subscribing to the equity shares of Koovs plc.”

Future Lifestyle Fashions Limited to acquire up to 29.9% of Koovs. To read more, click https://t.co/73XF3aLwJc

The recent acquisition of Koovs will be funded by Biyani from the internal sources as well as from the funds that they had raised from Singapore-based private equity firm L Catterton Asia. However, Biyani did not disclose any further investment plans.  “It is too early,” he said.

This is not the first time the Future Group is investing in an online retail company. Lately, in 2016, the company had acquired Rocket Internet’s online furniture seller FabFurnish.com. However, a year later, the company closed the site.

Future Group owns and deals in about 30 fashion brands through their exclusive brand outlets, multi-brand outlets, departmental stores and also company operated chains like Brand Factory and Central. In total, it operates around 400 stores.

Koovs in the recent years has been creating a great impact on the fashion lovers through its trendy yet reasonable clothing range, and with this acquisition, Future Group is surely to grow more and expand in the online retail space.